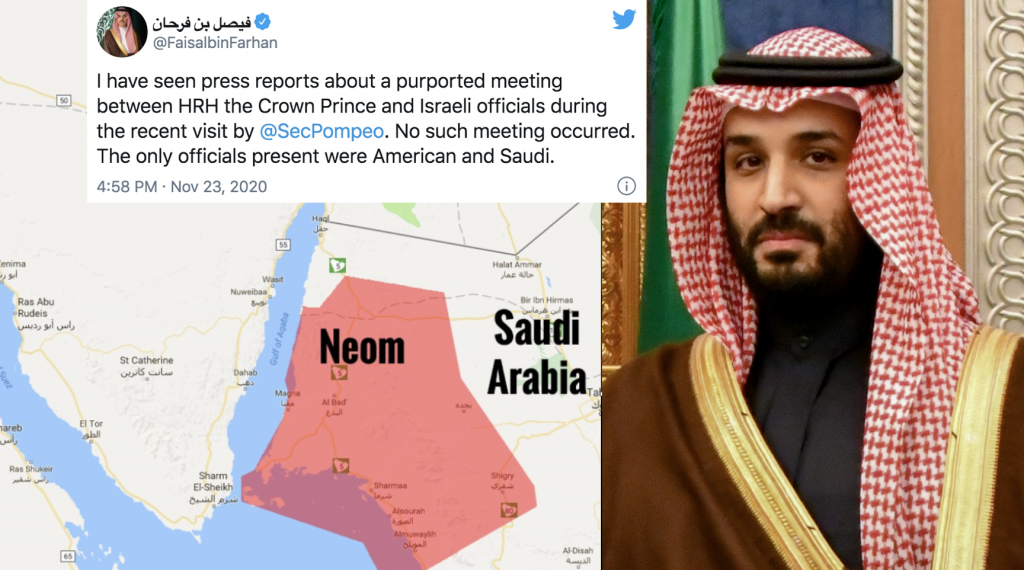 Following a historic peace accord between the UAE and Israel and Bahrain and Israel, reports discussed whether Saudi might be the fifth Arab state to consider making peace with Israel.

Now, the Saudi Foreign Minister took to Twitter to deny all reports of the meeting between which allegedly took place during the visit of US Secretary of State Mike Pompeo.

“The only officials present were American and Saudi”

I have seen press reports about a purported meeting between HRH the Crown Prince and Israeli officials during the recent visit by @SecPompeo. No such meeting occurred. The only officials present were American and Saudi.

The US Secretary of State paid a public visit to Saudi, he landed at NEOM and held private talks with MBS