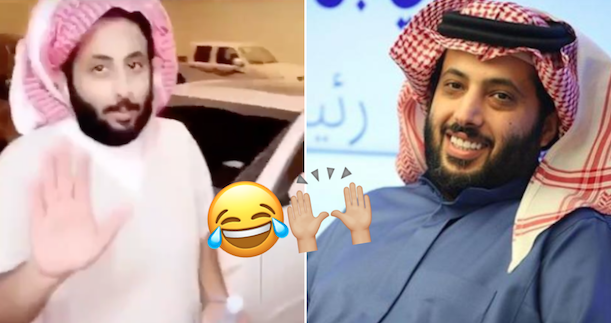 A video clip spread over the past two days showing a young Saudi man who looks like His Excellency Chancellor Turki Al-Sheikh.

Al-Sheikh posted the video via his Twitter account and asked his followers to connect him with this man in case anyone knows him.