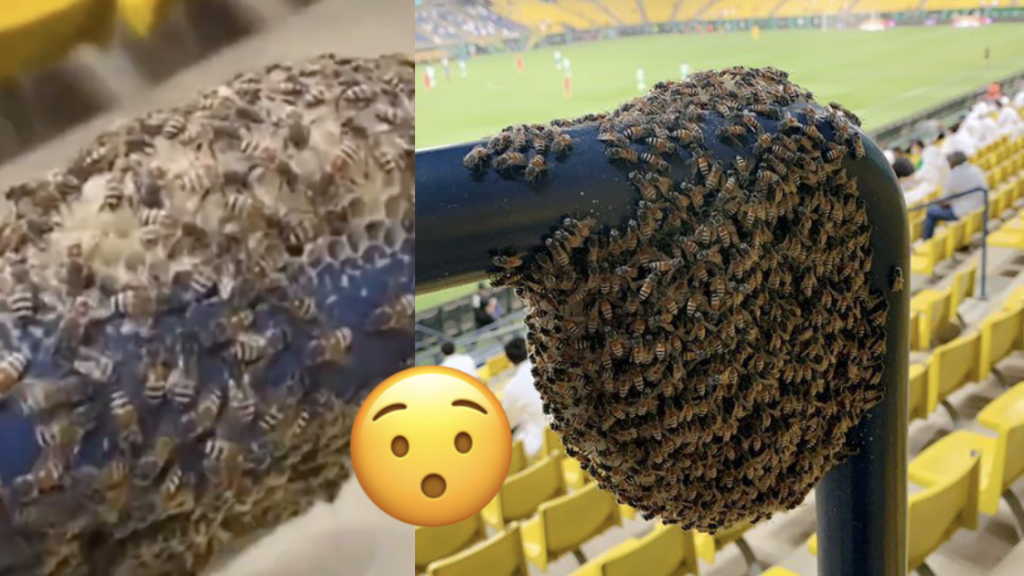 An important football match took place in Riyadh yesterday at the Marsool Park Stadium and was one of the first matches to take place in a while that allowed attendees.

The match was significant for many reasons – Saudi Arabia won 5-0 and it was also the first time in a while that there were attendees – the stadium allowed 40% of the seating to be occupied and only to those who have been vaccinated.

However, the match was being discussed on social media for a very different reason…

Someone shared a picture of the beehive in the stadium

And people had a lot to say