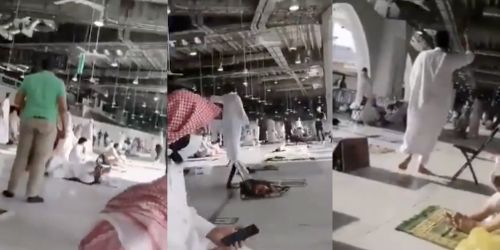 Security forces at the Grand Mosque in Mecca have arrested a man armed with a knife, according to local media.

The suspect was arrested after the Asr prayer on Tuesday

He was repeating phrases that are supportive of terrorist groups such as Daesh, according to officials.

Disciplinary procedures have been taken against him.

A person raises terror among worshipers and repeats !S!S phrases in the Grand Mosque of Makkah 🕌 #الحرم_المكي pic.twitter.com/4sc6D7vGGm

Local and regional media have not yet independently verified the video.