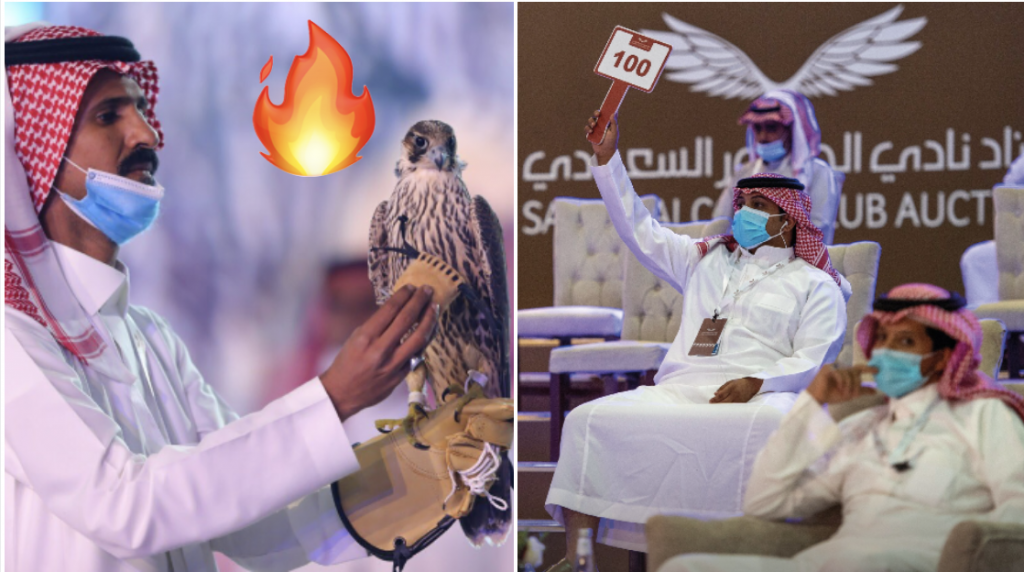 The third edition of the King Abdulaziz Falcon Festival was launched last week and is expected to run till mid November.

It is held annually under the organization of the Saudi Falcon Club at the Malham Center, north of Riyadh, and is also the largest falcon race in the world – it even has a Guinness World record for it.

Falcon owners from not just the Kingdom but across the region come to take part.

There are two main parts of the event

The festival is divided into “Al-Malwah”, which is about hunting falcons to hunt and “Al-Mazayin”, which focuses on the showcasery.

And on just  the first day of the festival, only 4 falcons were showcased by the total amount on bidding reached SAR 300,000.

In the week to follow, around 19 falcons were auctioned and bids went as high as SAR 2.5 million!