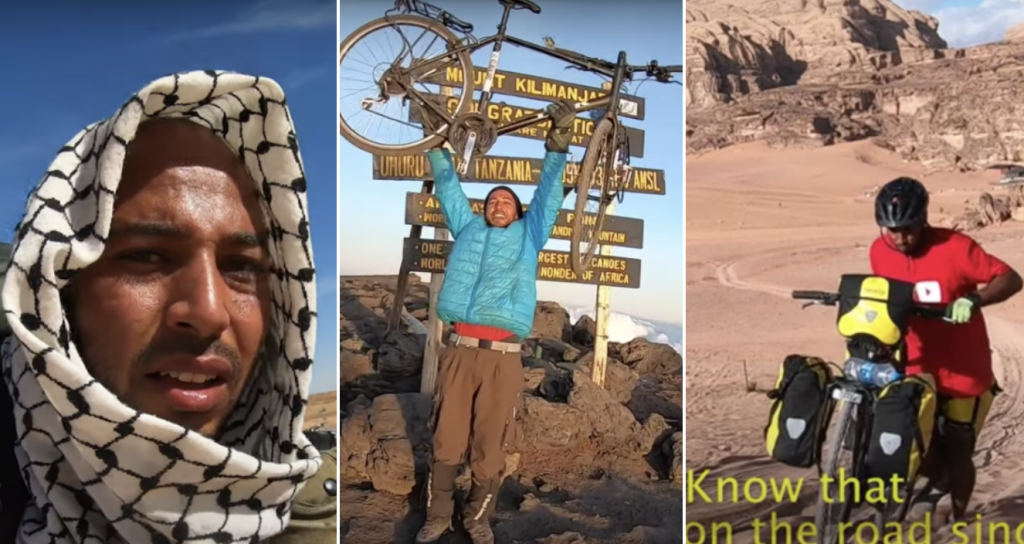 A man with a mission: Yassine Ghallam spent four years travelling from Morocco to reach Madinah.

Beginning his journey in January 2017, he walked, pedalled and in some cases went by boat (where land crossings did not allow) to achieve his goal, which meant he traipsed 28 countries and 27,000km in total.

In a short video clip describing the journey, Hassan said he searched for food to stay alive, pushed himself to his limits and even got his bike to the peak of Kilimanjaro, which was a dream accomplishment of his.

Yassine got malaria seven times, overcame personal challenges and followed in the steps of Islam’s prophet Muhammad to reach his goal

“I want to motivate young people to believe in their dreams”

Carrying a 26kg bag, he walked the first 5,500 km before purchasing a bike in Dakar, according to Morocco World News.

According to the report, Yassine had malaria SEVEN times, was hit by a car and had his bike stolen. Starting his journey with nothing in the bank and funding his travels through odd jobs as a translator, cook, mechanic and more, Yassine found the kindness of strangers meant he was given accommodation by various African chiefs along the way.

A life-changing journey, to say the least, Yassine was unable to perform Hajj due to COVID-19 restrictions in Mecca but he was greeted like a hero with people who were following his journey seeking him out to meet him.

Walking 500 kilometres across the Saudi desert, his brilliant attitude is worthy of applause – inspiring!