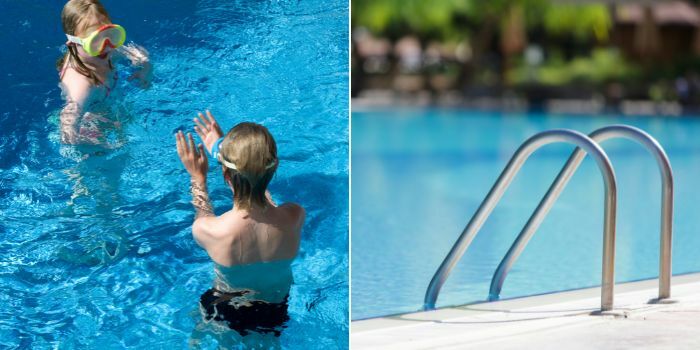 The Child Safety Department (CSD), an affiliate of the Supreme Council for Family Affairs in Sharjah, launched a campaign called ‘Their Safety First’ which is aimed at raising awareness of child safety practices.

As we’re approaching summer break, children are likely to visit beaches and swimming pools, so the CSD launched ‘Summer Swimming Guide’ and a ‘Guide for Nannies.’ These guidelines will be created as brochures and handed out in public areas across the city.

The Child Safety Department, an affiliate of the Supreme Council for Family Affairs in Sharjah, launched a comprehensive awareness campaign, under the slogan “Safety First”, — pic.twitter.com/RY0gQW0L9P

The CSD is working with the Social Services Department – Sharjah, Sharjah Police, Sharjah Civil Defence, and the Sharjah Prevention and Safety Authority

The reality of the situation is that such incidents can occur past the summer months; hence the CSD will continue the campaign beyond the summer.

Neglect in such circumstances can cause a child to drown. The campaign has identified 12 lifelines to protect children from drowning in-home or community swimming pools.

1- children not use the swimming pools on their own
2- put a safe fence around the pools
3- know how to swim
4- that the floor surrounding the swimming pool is non-slip, and
5- provide children with collars, tools and life jackets while swimming
6- not being distracted. Parents using phones while their children are swimming
7- Parents learned the principles of first aid
8- locking doors leading to swimming pools when not in use
9- not leaving children under 3 years old to enter pools
10- Provide pools with fixed ladders
11- metal handles distributed around their surroundings
12- not ignoring safety instructions