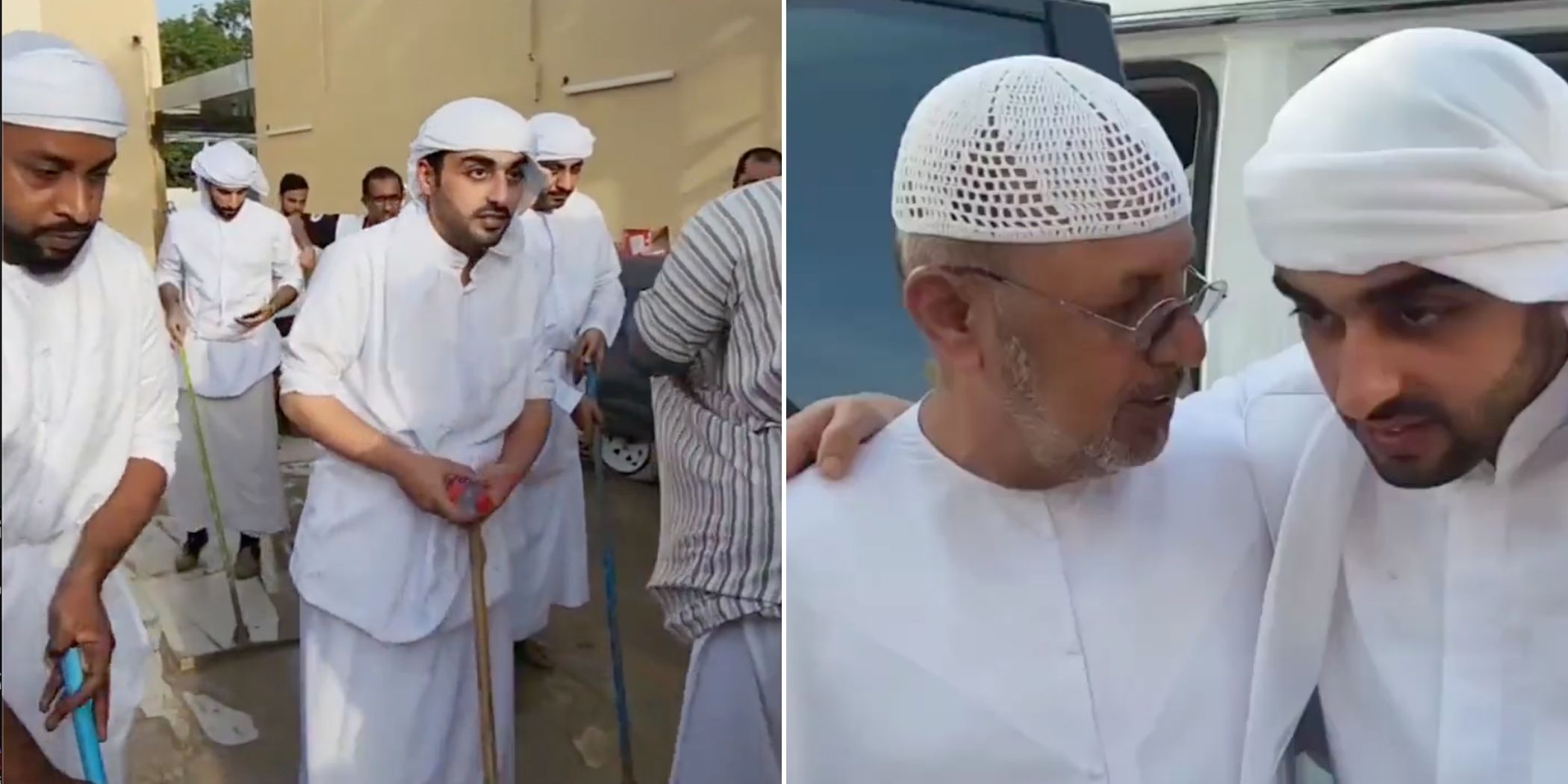 H.H. Sheikh Rashid bin Hamad checked on those affected by the floods of Fujairah. Additionally, as a leader of the people he put on his boots, lifted his sleeves, and joined his people to help.

The UAE recorded these floods as the worst floods seen in the last 3 decades.

He put on his boots, rolled up his sleeves, and grabbed a wiper to help drain water from the area. The UAE royal got his hands dirty as he helped remove damaged items from flood affected areas in Fujairah.

Fujairah was the most impacted after heavy rains flooded roads with over two feet of water. Additionally, authorities rescued residents from their flooded homes and moved to temporary shelters.

The UAE royal consoled, helped, and listened to the people affected by the floods 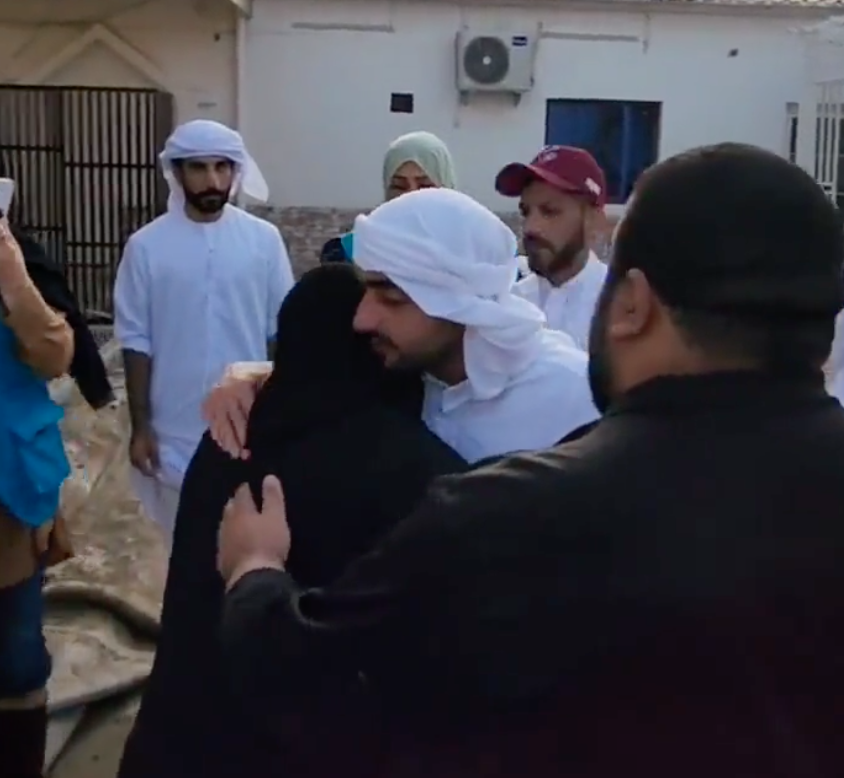 Following the worst floods the UAE has seen in 3 decades, volunteers and emergency services from all Emirates have been hard at work to rebuild parts of Fujairah.

And along with the authorities, 650 volunteers set about to clear debris and restore order on the streets as well as supporting the families displaced from their homes.