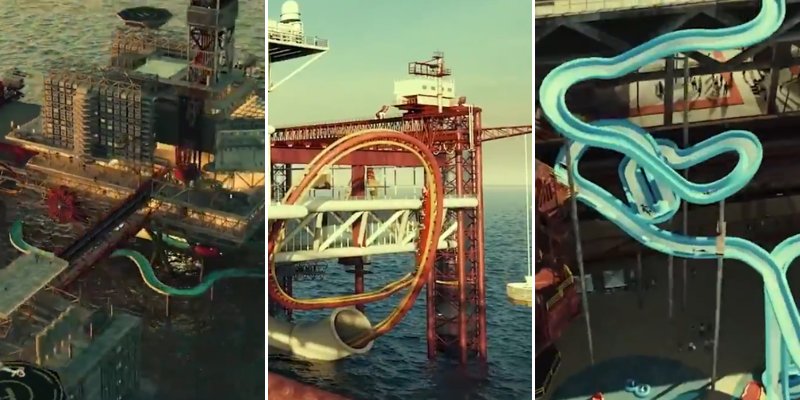 It’s no secret that Saudi Arabia has been giving a major boost to tourism in these past few years. Tourism features predominately on the stated goals of Vision 2030. While most of these projects are taking place in the western or central provinces, a new mega tourism project will take shape in the country’s east – where the oil rigs are.

“THE RIG” would cover more than 150,000 square meters and offer accommodation and aquatic sporting activities, according to a release. It will be located in the Arabian Gulf and will have three hotels, restaurants, helipads, and a variety of exciting activities, including extreme sports.

The PIF has released a video accompanying their announcement and it looks super COOL!

The video shows a giant Ferris wheel, water slides and even go-karting tracks on the oil rig.