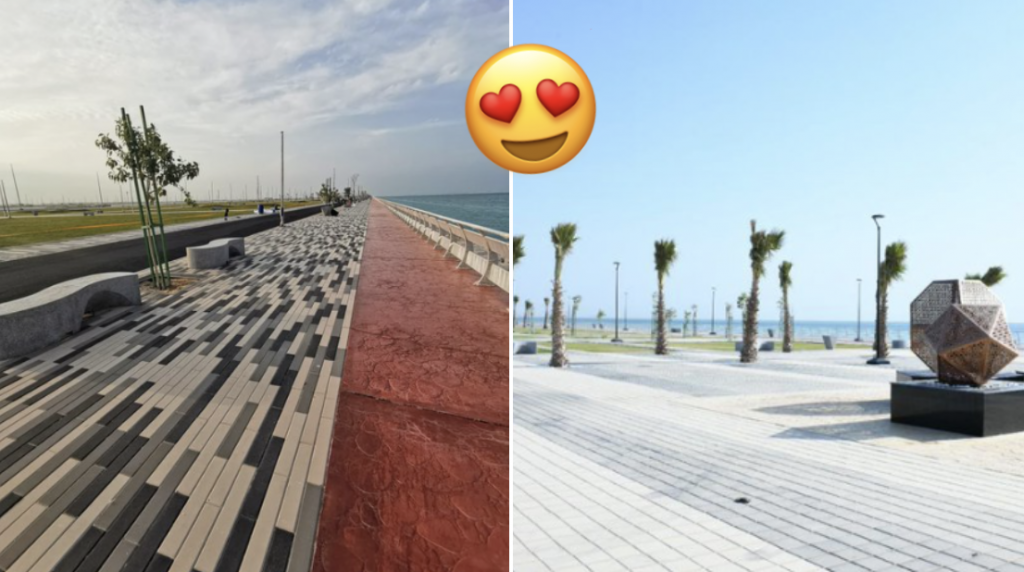 Dammam got a new waterfront and it is the reason to make the Easter Province the next road-trip destination.
The waterfront was inaugurated earlier this week by His Highness, Prince Saud bin Nayef in the Al-Seef District in Dammam.

The project is just breathtaking

There are children’s play areas, athletics, a sports walkway, several public toilets, pedestrian paths, as well as parking spaces for people with disabilities, and pedestrian crossings.

And there is a lot of greenery and trees!