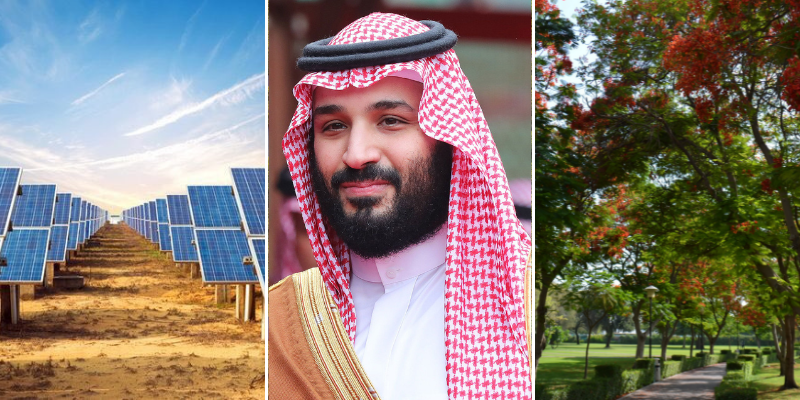 So a lot happened this year and a lot of big announcements were made too. But, in the thick of it all, there are a few key ones that you may have overlooked, which is why we made this list.

1. Visitors On Any Visa Can Perform Umrah

So you can basically be here on practically any visa including a tourist visa and still be allowed to perform the Umrah. All you have to do is to make your booking through the Tawakalna app. The announcement wasn’t revealed with a lot of hoopla, which is why we’ve included it here. By the way, social distancing is back in the Two Holy Mosques today.

Saudi Arabia has set its eyes on its 2060 target of reaching net-zero in carbon emissions and to achieve it the kingdom has announced a slew of initiatives. On the forefront is one that seeks to plant 10 billion trees within the next few years. Now, for a desert country, it’s not the easiest of tasks but with climate change being such a pressing issue, this is getting a big push.

PIF has made some big-ticket foreign investments in the past few years including Newcastle FC that’s received the most attention of them all but it’s also been rather succinctly investing in local companies. In 2022, they’re going to invest SR150 billion locally.

#SaudiArabia’s economic growth will be driven by #ShareekProgram, and the #PIF’s SAR 150 billion #investments, says Minister of Finance, Mohammed Al-Jadaan#Budget_Forum2022#SaudiBudget2022

The lucrative real estate markets have been thrown open for non-Saudis who now can invest in funds dealing with real estate in the Two Holy Cities.

#SaudiArabia allows #non_Saudis to invest in #realestate funds at #Makkah and #Madinah.
The #CapitalMarketAuthority (CMA) allowed the financial market institutions to accept the subscriptions of #non_Saudis in the #realestatefunds that invests in assets within the boundaries.

Provided that an expat has the consent of his current employer, he/she can transfer to any other company as the one-year transfer ban has been lifted. This has certainly made the labor market more competitive and is a boon for both employers and their expat employees.