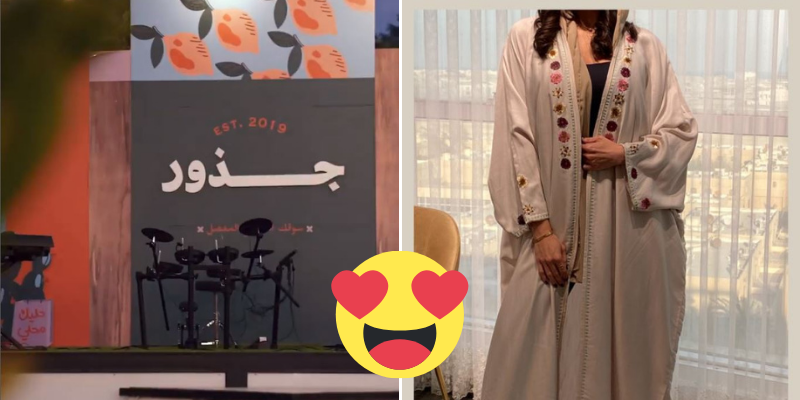 The market was lead by three fresh produce enthusiasts Reem Alsuqair, Ghsoon Al Belushi, Noura Al Dulaijan who inaugurated the official opening just last week. The girls named their market ‘Juthoor’ meaning the ‘roots of Sharqiyyah/Saudi Arabia’ which celebrated their home town in the Eastern Province. These innovators initiated the farmers market to celebrate and promote local produce to the masses, and attract families for a joint-activity.

The venue also featured other vendors including Nour Al-Tuwaiher, founder of fashion business ‘Tanween’ which showcased her designs at the Juthoor market

The designer celebrated the opportunity and platform for her designs to be showcased and praised the three women for creating a universal local attraction to all ages.