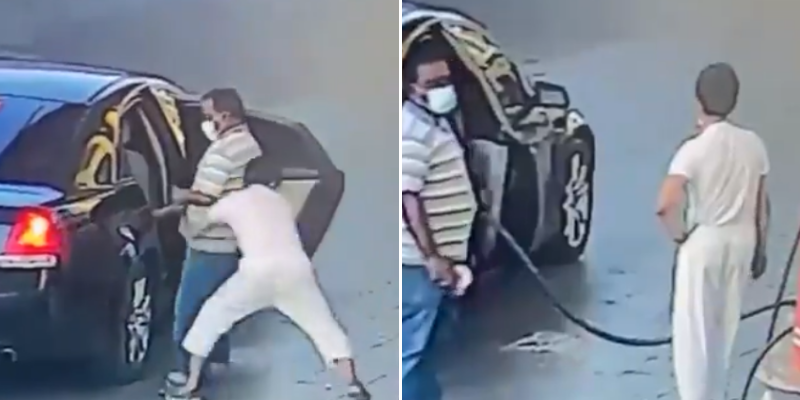 A video from Hail did the rounds on social media gobbling up hundreds of thousands of views in the process in which one could see a petrol station worker being abducted. The perpetrators of the act have been apprehended.

The door closes and the car races away.

According to the Gulf News, three Saudis have been arrested in the case. At the time of the arrest, they were found to be in possession of narcotics

But wait, there’s more to the story.

It was later found that this very vehicle was used in the abduction of another petrol station worker.