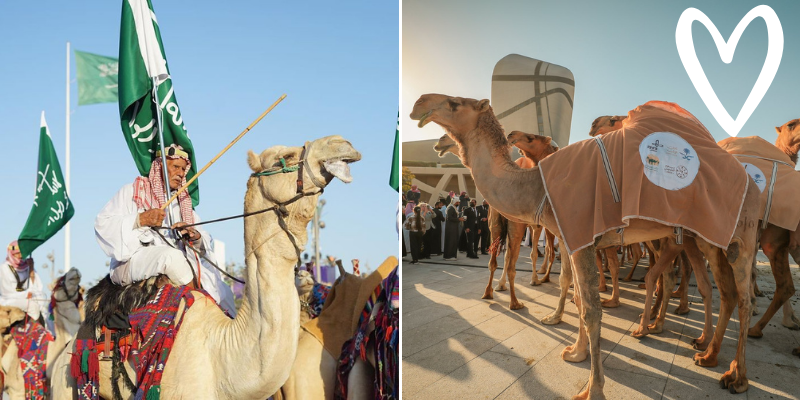 The show was held at Dhahran’s Ithra Museum and awed the audiences. Men came in riding with swords on these Arabian beauties. The men were even seen holding the official flag of the first Saudi state, next to the current national flag of the Kingdom.

These camels weren’t your ordinary bunch, some of them were among the most expensive in the world and first place champions of many competitions

The camel parade took place at Oil Well No. 7 where Saudi Arabia first began its oil expedition. The event was loved by everyone and people took selfies and videos with these beautiful creatures.