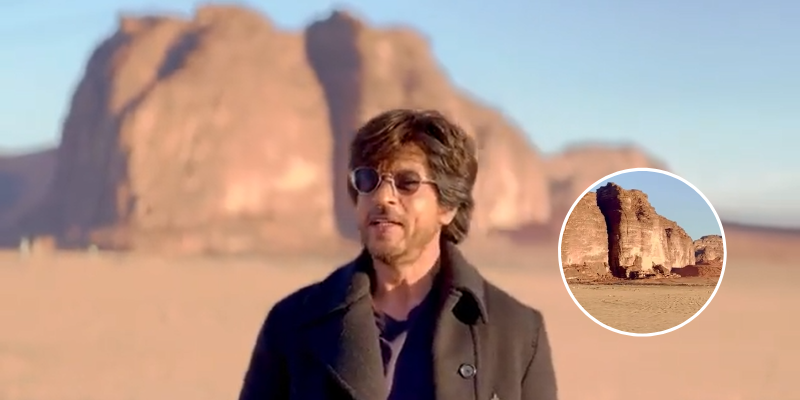 Bollywood superstar Shahrukh Khan was in Saudi recently to shoot his upcoming film “Dunki,” which also stars Tapsee Pannu. This is definitely one of the first major Bollywood productions to be shot in the country.

Yup, everyone was super excited, and photos and videos of him have been doing the rounds on social media from the moment he landed.

He recently took to Twitter to thank the Saudi authorities for providing such “spectacular locations, amazing arrangements, and warm hospitality.”

A very big Shukran to @mocsaudi_en , the team and all who made this shoot schedule of #Dunki so smooth… pic.twitter.com/gjCqCMRSZk

But Khan wasn’t done with his trip to Saudi just yet. After wrapping the Saudi schedule of the film, Khan was seen at the Red Sea International Film Festival in Jeddah, where he was felicitated.