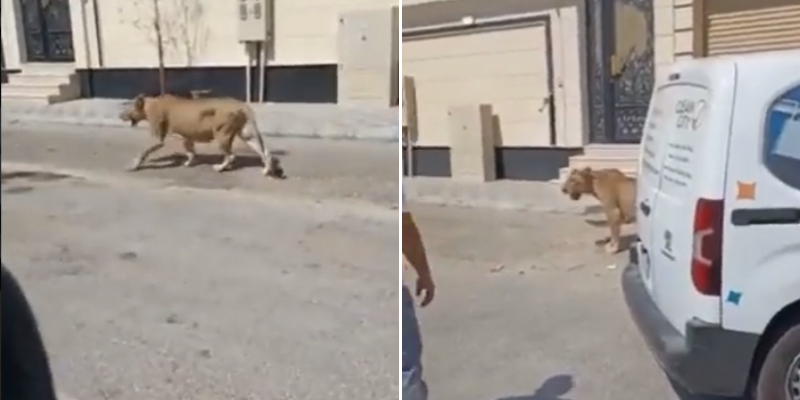 A lioness strolled the streets of Al Khobar, providing residents with one of the rarest of rare spectacles. How did this lioness end up on the streets? We don’t know yet. But what we know is that, luckily, no one was harmed.

The guy in the video just kept his cool as the lioness literally walked past him. That’s courage of another level.

The Saudi National Centre for Wildlife Development got a complaint of a wild animal walking freely on the streets, which was filmed by passers-by and published on social media sites.

A team of veterinary physicians was dispatched to the scene by the center. After being sedated, the lion was brought under control and later sent to a wild animal refuge.