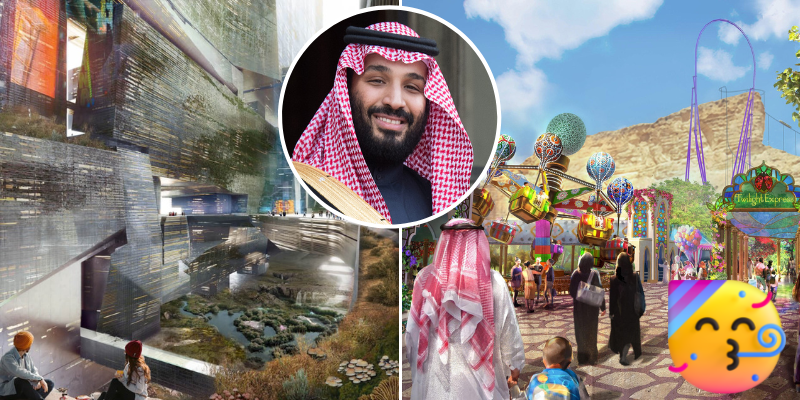 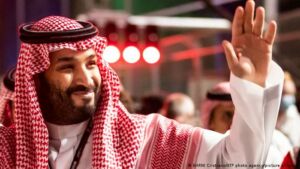 Everyone knows the name Mohammad Bin Salman who has not only a local impact, but quite the significant global image. His methods and dedication towards transforming Saudi Arabia has lead it to become one of the top tourist destinations. With places like AlUla, Neom, and the severall other big-scale projects, Mohammad Bin Salman truly is going to change the global image of Saudi Arabia. Scroll below for just a few of the many projects and transformations the Crown Prince has made for his nation.

This project is the nation’s biggest and most famous project in history, launched by MBS himself. The vision initially began with the implementation to allow women to drive back in June 2018. Dozens of projects have been announced so far under this vision, including the famous AlUla, Neom, The Line, Riyadh Sports Boulevard, The Red Sea Project, and a BUNCH more.

Check them all out here.

With over millions of followers, NEOM has become one of the most famous and highly-anticipated projects for Vision 2030. This sustainable city is getting a budget of $500 billion and includes big projects like Oxagon, The Line, and many more. Mohammad bin Salman envisioned this city in order to tackle global warming, with it containing zero carbon emissions, reclyclable materials, and preserved nature. 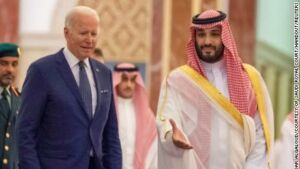 From touring the world, to having important discussions with big leaders, Mohammad bin Salman has always been representing the Kingdom in postive ways. Within this last year, he had visited Jordan, Egypt, Turkey, Greece, France, and many more! The Crown Prince recently met with US President Joe Biden to discuss the current petrol prices and methods to further strengthen relations between the two countries.

The Crown Prince announced this foundation back in 2011, in hopes to encourage the Saudi Youth. The Misk foundation is a non-profit organization that works towards helping youngsters learn and develop leadership skills. Misk looks towards enabling the society to develop and progress in many different fields through an attractive and stimulating environment.

Mohammad bin Salman takes full pride in this project, and says how through this project, “We Take Initiatives, Encourage Innovation And, In Turn, Ensure Sustainability And Growth To Achieve The Higher Goal: Developing The Human Mind. “

The journey of idle lands fees is continuing.
The system aims to achieve the real estate
balance.
Electronic registration is available.#MyGOVsa pic.twitter.com/LZHYBSvbdR

The Crown Prince undertook this project to further transform and establish a Saudi military industries company. This industry, now overlooked by Mohammad bin Salman, provides live ammunition, equipment, weapons, spares, and constructing an integrated industrial base for the military industries in the Kingdom.

6. Announcement of ‘THE LINE’ Project

This project got all the buzz when it came to Vision 2030, as the Crown Prince announced the project in a video himself. This city is totally going to challenge the norm of cities and communities today, with the societies all being vertically connected. The city will span to be 170 kilometers long and will have a zero-vehicle environment with minimum noise and pollution. This amazing project has already gotten a bunch of investors looking to buy property! 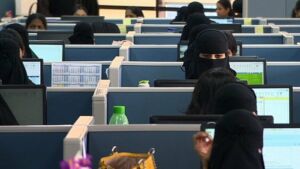 With allowing women to drive back in 2018, the Crown Prince opened numerous doors of opportunity and equality for Saudi women. His reforms include improving the status of women with allowing independent travel, options to live on their own, and open up opportunities in the workplace. The female labor force has icreased to over 20% in the Kingdom, and is only looking up!

Although these are just a few of many different achievements and reforms made by the Crown Prince, the significant impact will make Saudi succeed both regionally and globally!