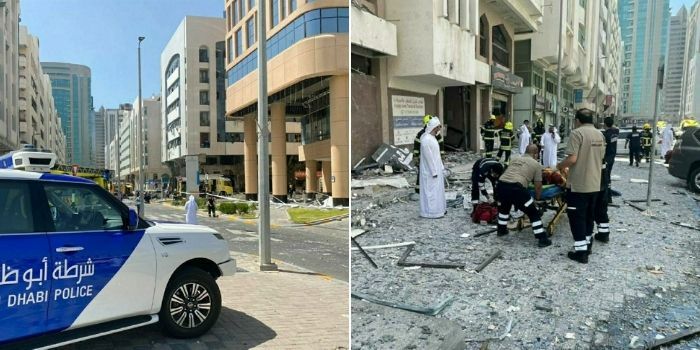 On Monday afternoon, residents of Abu Dhabi reported hearing a loud bang. It was confirmed to be due to a gas cylinder explosion which began at a restaurant in Al Khalidiya.

The Abu Dhabi Civil Defence Authority were quick to reach the scene and extinguish the fire that broke out. They reported a few injuries with many shops in the area being damaged and the facades of 6 buildings.

Sadly, 2 have passed away as a result of the explosion along with 120 injuries

The local authorities have temporarily sealed off several roads connecting to the scene of the blast for safety reasons. The roads in Khalidiya are currently riddled with Debris and rubble.

Authorities in Abu Dhabi confirmed that, according to initial figures, 64 people suffered minor injuries, while 56 others had moderate injuries

Those who sustained injuries were transferred to hospitals to receive the necessary health care.

The authority expressed its sincere condolences to the families of the deceased and wished a speedy recovery to those who were injured. They also added that the public must only obtain information about the accident from official sources.