On September 14, Abu Dhabi hosted the first and largest wedding of a Rabbi in the UAE. Over 1,500 guests attended the ceremony at the Hilton Yas Hotel.

Rabbi Duchman, 29, has been living in the UAE for 8 years. Lea Hadad, 27, was born in Brussels, Belgium. She is also the daughter of Rabbi Menachem Hadad, Chief Rabbi of Brussels.

Many prominent rabbis and dignitaries attended the largest Jewish event in the UAE. Additionally, more than 20 ambassadors were also in attendance. Including ambassadors from Japan, South Korea, and Finland. Moreover, dignitaries and notable members of the UAE’s society attended. The founder of Emaar, Mohammed Alabbar also attended the ceremony.

Over 20 religious leaders attended the ceremony. Including the head of the Christian, Catholic and Buddhist communities in the UAE.

The founder of Emaar, Mohamed Alabbar performed a reading for the couple

The Emirati businessman recited one of the seven prayers for the couple.

🇦🇪✡️ — VIDEO: The Chuppah and wedding of @RabbiUae Levi Duchman taking place now in Abu Dhabi, UAE, attended by 1,500 guests from around the world, including leading rabbis, dignitaries and Emirati royals — it is the largest Jewish event in the Arabian Gulf in recent history. pic.twitter.com/9q9KqJZJpJ 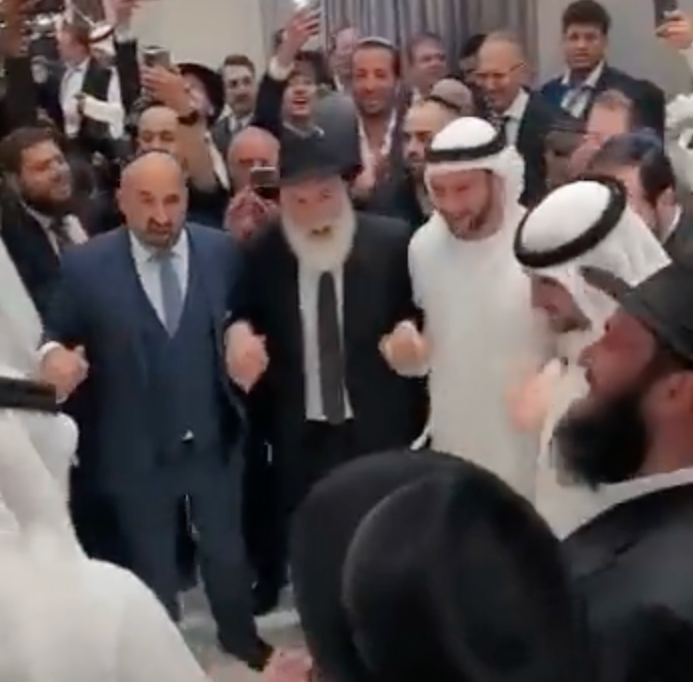