Just picture this… You and the gang take your seats at a stadium and your hearts are racing as you root for your favourite players in an action-packed game on the court at the first Mubadala Abu Dhabi Open.

You read that right! The capital is hosting the first ever tennis tournament of the world’s top female tennis players. This action-packed tournament is at Zayed Sports City’s International Tennis Centre for 8 whole days from February 5-12.

Buckle up for an unforgettable tournament this February! The Women’s Tennis Association (WTA) and IMG made an announcement on January 16. They stated that Abu Dhabi is the newest destination for the world’s professional women’s tennis tour.

Tix start from AED50 – Little ones under 12 enter free from February 5-8. Grab your tickets here.

So, do you know what that means? More than 60 singles and doubles matches across 8 days with the world’s top female tennis players going head to head for the title.

The event is bringing you the Mado 2023 Remarkable Draw!

This draw boosts 4 of the 10 players AND 10 of the top 20 players in the tournament. Also, it’s a 28 person draw, so the players ranked below 30 in the world need to qualify or seek a Wild card to get in.

So, here are the field boosts 3 Grand Slam Champions:

That’s not all! The tournament is bringing you fun-packed activities off court too

The Mubadala Abu Dhabi Open is THE spot for you and the whole squad. Also, they’ve got live entertainment and activities for the whole family – yes, even the little ones!

Sports enthusiasts get their very own fan activations AND tennis-themed games. Plus, they get special Q&A sessions with the players from February 5-8.

So, get ready to cheer for the world’s top players like Ons Jabeur, Daria Kasatkina, Paula Badosa and Danielle Collins.

Abu Dhabi is inching towards being a sports capital and this event is only possible because of the key event partners!

Each of these partners are active in the sports community as the WTA is the global leader in women’s professional sports. Also, Mubadala Investment Company featured an active role within the sport of tennis spanning more than a decade as a sponsor of many events.

Abu Dhabi Sports Council promotes an effective, emirate-wide sports calendar that stimulates the desire to participate in quality sports among all Abu Dhabi residents. Also, IMG is a global leader in sports, fashion, events and media. 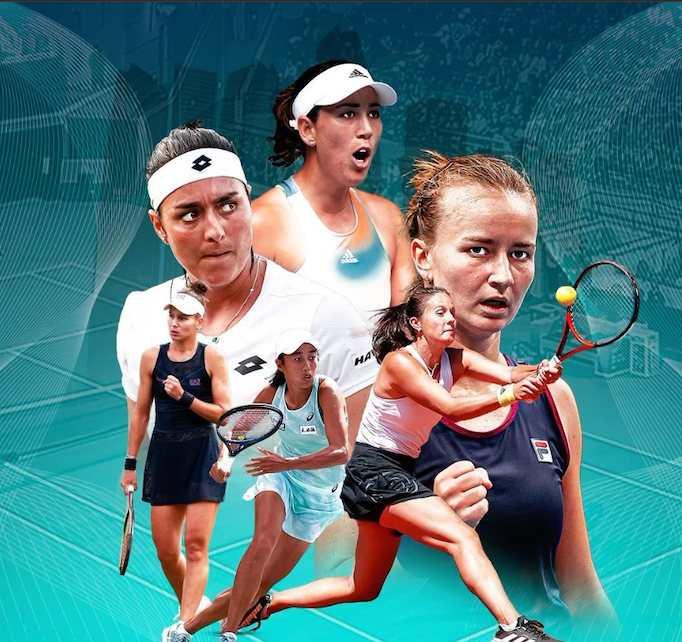 The world’s top female tennis players are going head to head in the Mubadala Abu Dhabi Open. More than 60 singles and doubles matches over the span of 8 days.