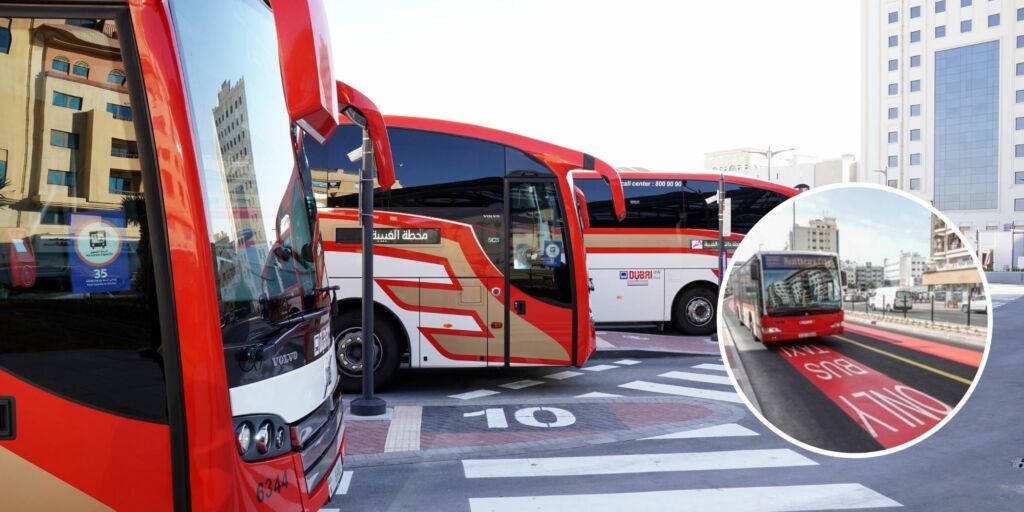 Since April 2020, all intercity buses were suspended due to the COVID-19 pandemic. Marking this route as the 3rd route returning this year!

The RTA announced the resumption of bus E102 on August 3

Dubai’s Roads and Transport Authority announced that bus E102 is resuming on August 9, 2022. The route is between Ibn Battuta Bus Station, Dubai and Musaffah Community Bus Station in Abu Dhabi.

The E102 bus is returning due to the increasing demand for the intercity bus service. As well as, the UAE’s return to normalcy following the Covid-19 pandemic.

Additionally, the returning bus route will operate at 60 minute intervals. 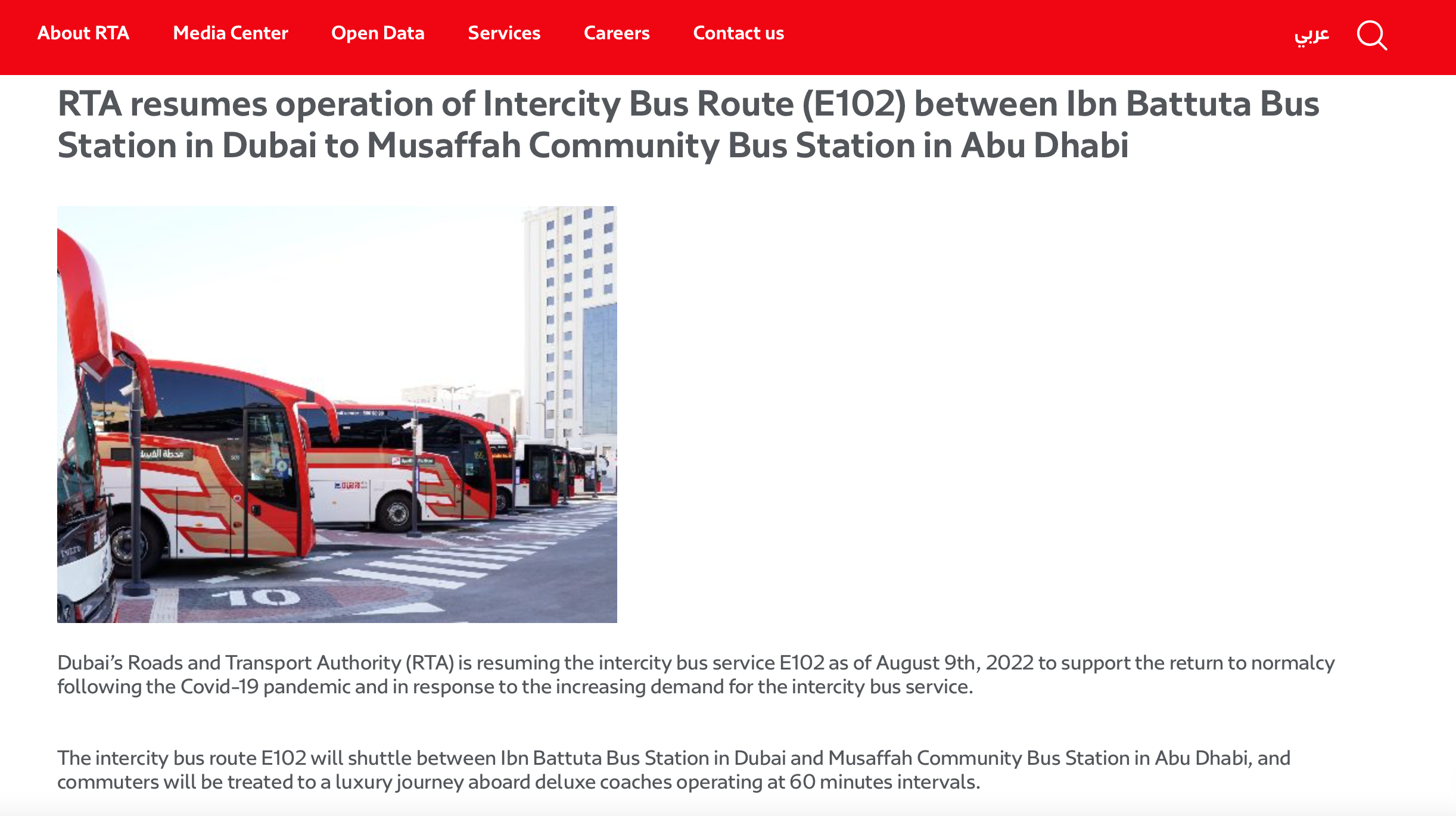 The intercity buses might be the best method to travel between the emirates. The queues get super long for the E101 bus that takes passengers from Ibn Battuta (near Jebel Ali, Dubai) to Abu Dhabi.

Well to cater for the high volume of travellers, Dubai’s Road and Transport Authority stated that restoring 4 intercity bus services as of May 19.