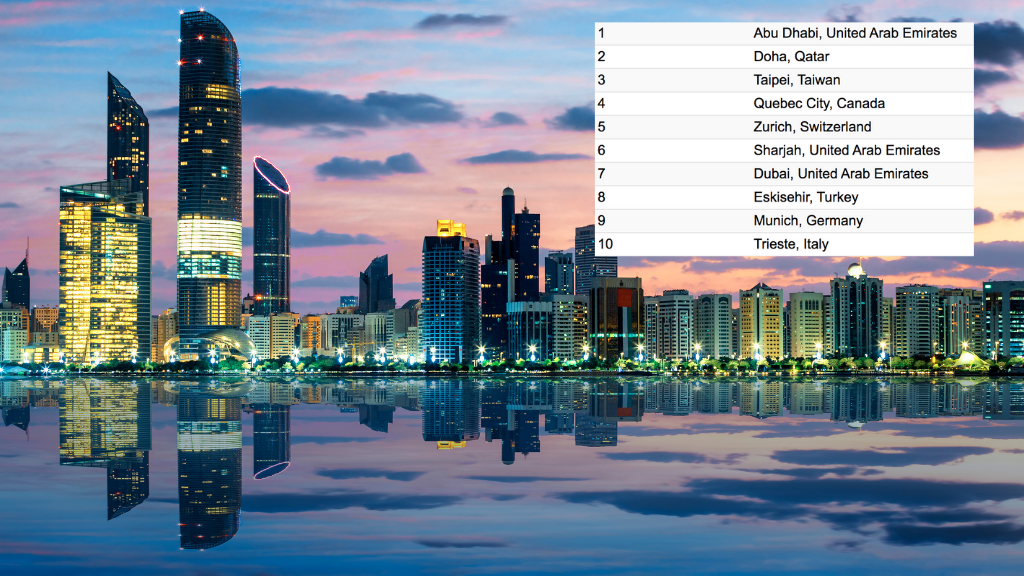 Sleep easy at night friend… For the fifth year in a row, Abu Dhabi has been ranked as the SAFEST city in the world and Dubai follows in the 7th position!

According to Numbeo, a crowd-sourced database, the survey is like a snapshot in time of that city and includes questions about the quality of life, cost of living, crime, healthcare, climate, traffic, pollution and safety and the results ranks easy city in terms of overall safety.

Abu Dhabi is followed by Doha in second place, Sharjah in 6th and Dubai in 7th, a fanstasit vote of safety for the region,

The survey ranked 413 of the world’s busiest cities

Congratulations Abu Dhabi, for the fifth year running, you are the safest city in the world!