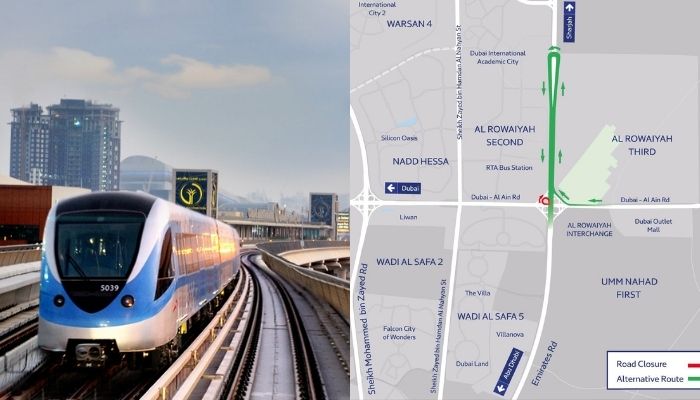 Motorists, keep a note of this: the loop that leads to Emirates Road, in the direction of Abu Dhabi, for those coming rom A Ain via the Dubai-Al Ain Road will be closed starting today (Friday, May 14, at 12am) until Sunday, May 16, at 6am.

The Roads and Transport Authority (RTA) urges those driving to follow the directional signs on-site and to use alternative routes to reach your location, as shown on the map below.

For road users in #Dubai, please be informed about the closure of the loop leading to Emirates Rd. in the direction of Abu Dhabi, for those coming from Al Ain via Dubai-Al Ain Rd., starting Friday, May 14, at 12 AM until Sunday, May 16, at 6 AM.

The RTA advises drivers to opt for alternative routes

Please follow the directional signs on-site and use alternative routes to reach your destination, as shown on the map. pic.twitter.com/GOhgt2rSak

How many times do you think RTA cabbies hear people referring to them as “Sir,” “Brother,” or sometimes receive barely a hello?

Well, the Roads and Transport Authority or the RTA has come up with a cool initiative to tackle this anonymity with the #WhosYourCabbie campaign.

Yep, so say goodbye to the bland word ‘taxi’ that’s written on top of the car as the signage has been changed to the name of whoever is driving the cab.

To the heroes who are with us in every journey, the heroes who kept #Dubai moving in the toughest times, and the heroes who add life to our streets every day; we’re proud of you, we know you, and we appreciate all that you do. pic.twitter.com/2CApCDkh2d

Listen to The Lovin Daily: The Family Who Went Viral Over The Ramadan ‘Canon’ Video Got To Meet The Face Behind It