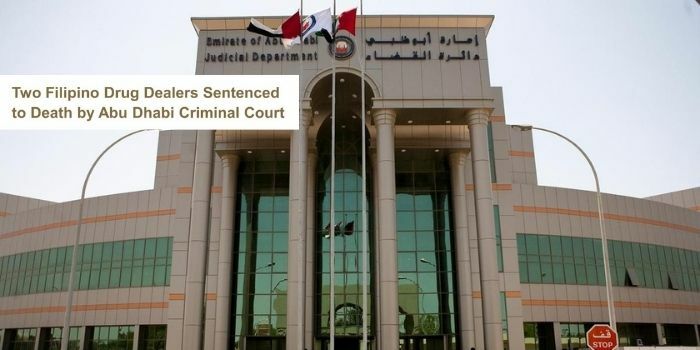 The 2 men are from the Philipines and they’ve been selling drugs on behalf of overseas criminals. The people behind the operations were notifying the 2 men of the locations to collect the drugs. They then divided and packaged the drugs themselves to distribute them. They also forwarded images of the drugs and their coordinates to customers via WhatsApp.

Although the recent laws have changed towards drug addicts, people caught with quantities that fall under dealing remain strict

They were arrested and their homes were searched following the police investigation. There they found a crystalline substance which upon analysis was confirmed to be a prohibited psychotropic substance. Officers also found the mobile phones they used to sell the drugs on social media.

The court ordered the confiscation and destruction of everything related to the crimes including the drugs, the suspects’ mobile phones, and the proceeds from the dealings.

Drug user would not be prosecuted if he/she comes forward to the authorities to seek treatment for addiction.
‘Article 43 – UAE Anti-Narcotics Law’#NoDrugs#DubaiPolice#YourSecurityOurHappiness#SmartSecureTogether

Listen To The Lovin Dubai Show: Passengers Travelling From 17 African Nations Are Not Allowed To Enter Dubai