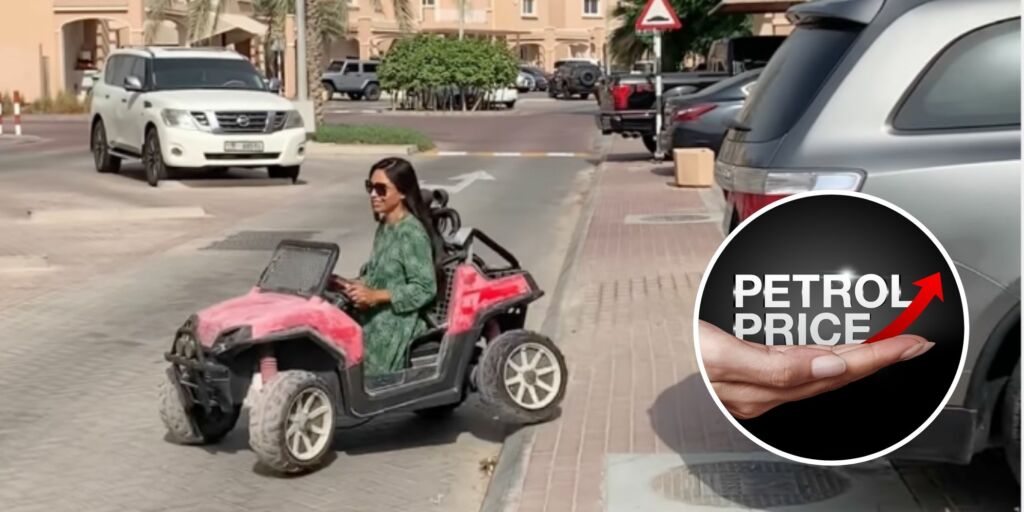 This video went VIRAL today after the increase of petrol prices in the UAE. Regular cars are out, electric toy cars are in!

@nat.in.abudhabi took to Instagram and posted herself driving an electric toy car down the street in a compound in Abu Dhabi

She drove an electric toy car down a one way street in a Gated Community in Abu Dhabi. Her video was hilarious but so was the content within!

Her caption made the video SO much better

After she posted the hilarious video, the internet made it’s way to the comments and BLEW IT UP!

These comments took the video to a whole new LEVEL

This is the second video to go viral in Abu Dhabi lately, and we’re Lovin it as much as we loved ‘Love Letter to Abu Dhabi’!