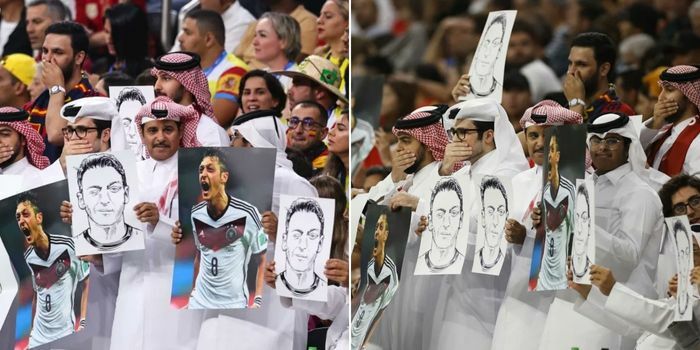 Last week, the German football team signaled a ‘silenced’ gesture at their previous match. However, this week, Qatar fans held up pictures of German-Turkish footballer Mesut Özil during tonight’s Spain vs Germany match.

The fans held up pictures of Mesut Özil and covered their mouths mimicking the protest of the German team last week. Moreover, the German national team infamously abandoned Özil during the 2018 World Cup.

Qatar fans retaliated and trolled the German team by covering their mouthes and holding up images of Özil. Additionally, Özil decided to leave the German national team after facing racial discrimination. Especially after he said, “I am German when we win but I am an immigrant when we lose.” 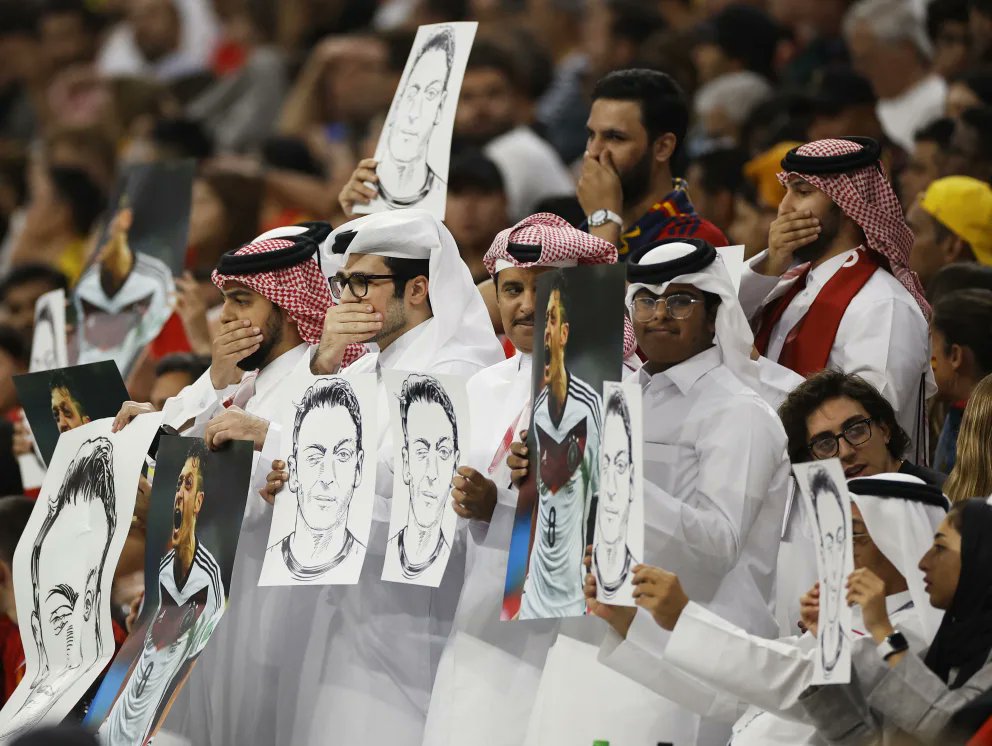 Read More: “This TikTok Criticising Qatar Went Viral And The Comments Are Gold“

Jenny Taft posted this TikTok criticising Qatar for having a separate women’s security checkpoint and the comments came to Qatar’s defense. Naturally, once this video hit the social media platform one user stitched the video in a FABULOUS response.