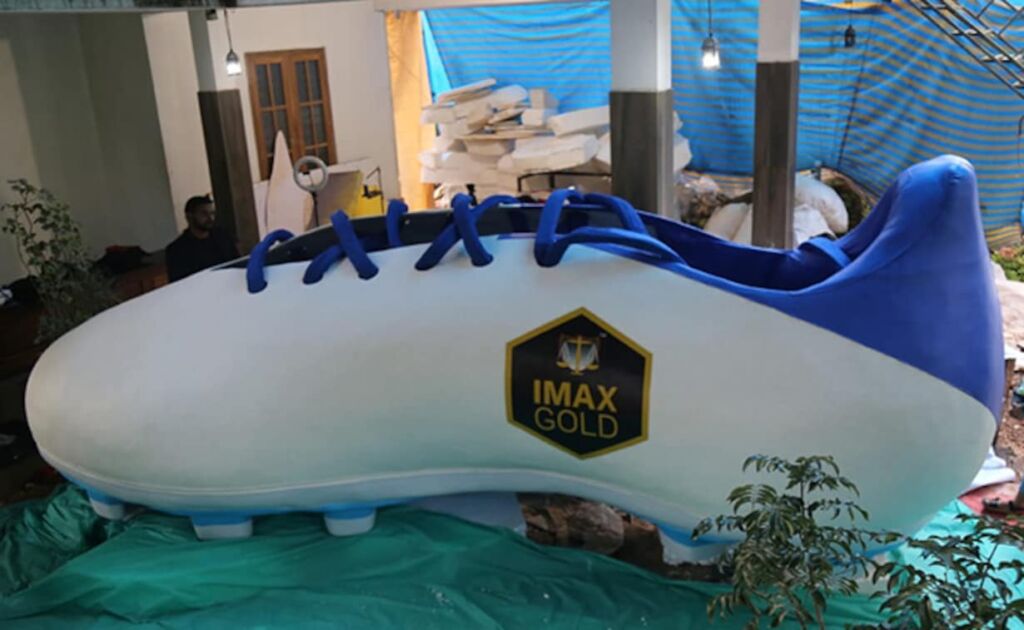 The world’s largest football boot will be displayed on November 14 at the Katara Cultural Village in Doha as the FIFA World Cup Qatar 2022 nears!

Focus International, an NGO, will put the massive boot on display at different locations in Doha.

As for the boot itself, it was built by a private firm named IMAX Gold Rice Products and designed by Guinness World Record holder artist and curator M Dileef. He is the also the man behind the longest Quran in the world, the biggest marker pen, the bicycle, the cleaner, the screwdriver, among other Guiness records.

Its construction took from April to October of this year– a whopping seven months.

India’s inaugural international football game at the 1948 London Olympics served as the inspiration for the enormous boot, because some players on the Indian team were barefoot when they went toe-to-toe (literally) with France.