Rain Is (Possibly) Coming This Weekend!

Just in time for the weekend, the National Centre of Meteorology and Seismology reports there’s a chance of rainfall this weekend.

Thursday will be another day of dust and clouds, but there’s a probability of rainfall with scattered clouds on Friday, and Saturday will follow the same pattern, clouds with a further chance of rain showers in some areas.

A chance of rain? We’ll take it!

It’s been TOO LONG and if you thought there were too many fog videos on your feed, just WAIT till the rainfall vids start pouring in (!). 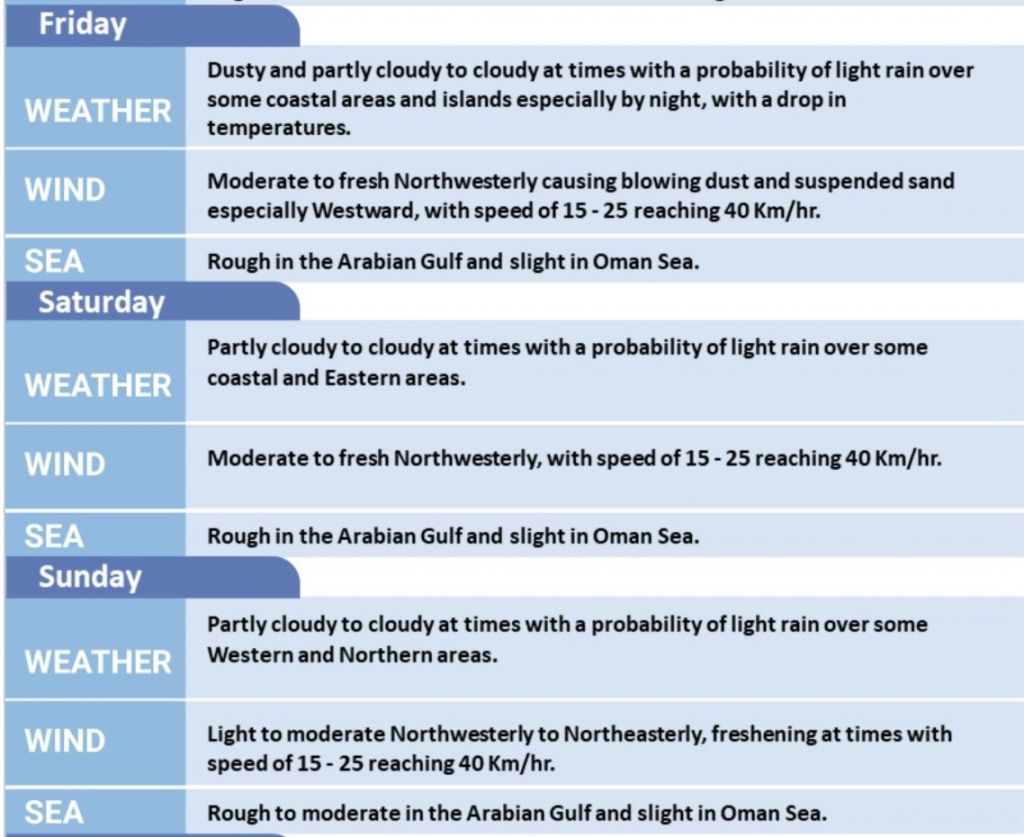 The Lovin Daily: A Man Was Arrested For Stealing A Camel To Gift To His Girlfriend

The Lovin Daily: A Man Was Arrested For Stealing A Camel To Gift To His Girlfriend https://t.co/5io1lXVPFy

The General Directorate of Residency and Foreigners Affairs (GDRFA), has denied reports claiming that Dubai residents do not need return permits/GDRFA approvals to enter the country.

To cut short, GDRFA approvals are still a MUST for all Dubai residents planning to return from their trips. This was confirmed by an Al Amer agent on February 18, Thursday morning.

Residents were left confused after news broke out claiming that Dubai residents do NOT need return permits, however, for the time being, this is not the case.

You can submit your return permit request via smart.gdrfad.gov.ae.