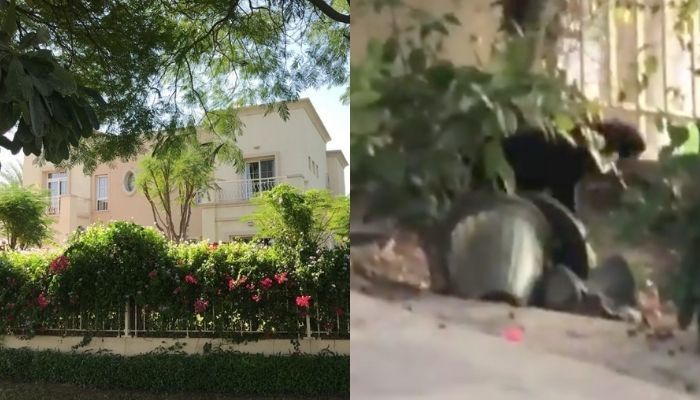 Social media and WhatsApp groups have gone WILD over a jaguar or leopard that was spotted in the Springs community in Dubai. The wild animal slowly made its way to meadows. Dubai authorities issued a statement to reassure residents that trained professionals are searching for the animal in both areas.

Residents have been told to be on alert but as of Thursday night, that won’t be necessary.

Someone whatsapped it to me! This is not my video- it’s been forwarded so many times. No idea what to make of this. Is it really a Jaguar/panther? is it a humongous black cat? Is it a bird? Is it a plane? pic.twitter.com/sRnQNkvNZn

Experts have analysed the viral video of the cat and the area itself, and concluded that the wild animal is a domestic cat

Examinations of the are where the animal was first spotted, showed no evidence of there being a jaguar on the loose. The viral video of the animal was also carefully analysed.

The residents of the community received a notice that Dubai Police confirmed “the animal spotted in a video recording taken in Springs 3 was a domestic cat and not a wild/exotic animal as widely speculated.”

Emaar Community Management is assuring residents that the neighbourhood is safe.