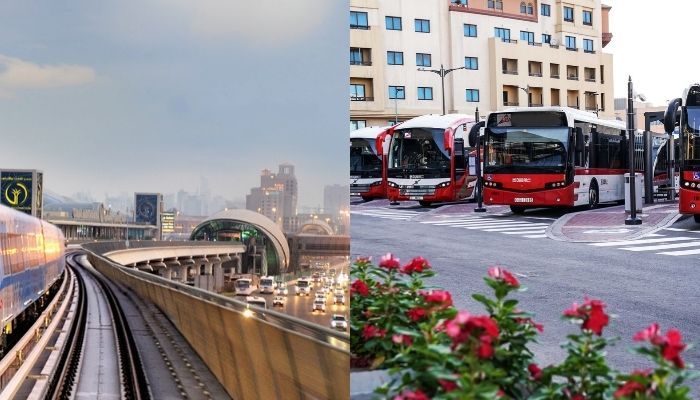 Eid Al Fitr is on its way and Dubai’s Roads and Transport Authority (RTA) announced the timings of its services during the holiday, as well as the free parking for motorists everywhere starting Tuesday to Saturday.

In a series of tweets on Sunday, RTA announced that except for multi-level parking terminals, public parking in the city is free of charge from Ramadan 29 (Tuesday_ to Shawaal 3 (Friday or Saturday). Fares will go back to normal on Shawaal 4 (Saturday or Sunday).

#RTA announced the timings of its services during the holiday of Eid Al Fitr 1442H (2021). https://t.co/GyhgkjR11g pic.twitter.com/S6heQQT0BI

So if you’re a Dubai Metro user, keep in mind that the Green Line will start at 530am to 1am (of the next day) on Wednesday and Thursday. On Friday, 10am-1am of the following day, and on Saturday from 5.30am to 12am midnight.

Dubai Tram users, the schedule will be as follows:

Public buses will operate during Eid from 4am to 12.30 am (for the Main and Gold Souq stations)

…while Al Ghubaiba Station will run from 4.15am to 1am (of the following day).

Metro link buses – The ones at Rashidiya Mall of the Mall of the Emirates, Ibn Battuta, Dubai Mall/Burj Khalifa, Abu Hail, and Etisalat will be in service from 6am to 9pm.

For the rest of the schedule, please click here.