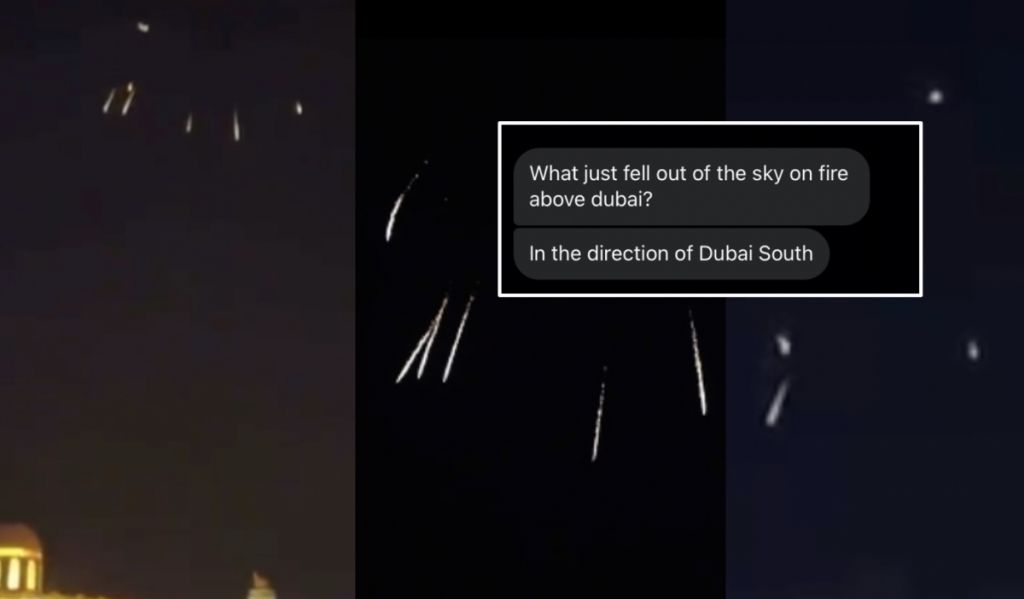 Is it a bird? is it a plane? Is it 20 skydivers jumping with fireworks attached to their feet in a bid to break the Guinness World Record title for “highest altitude fireworks display”???

Yup, it’s exactly the aforementioned. But Dubai residents didn’t know that right away…

Initially, peeps living around Global Village flooded Lovin Dubai’s DMs with videos and pictures of the mysterious display. Some wondered if it were a meteor shower… others pondered it to be streaks of FIRE falling from the sky! 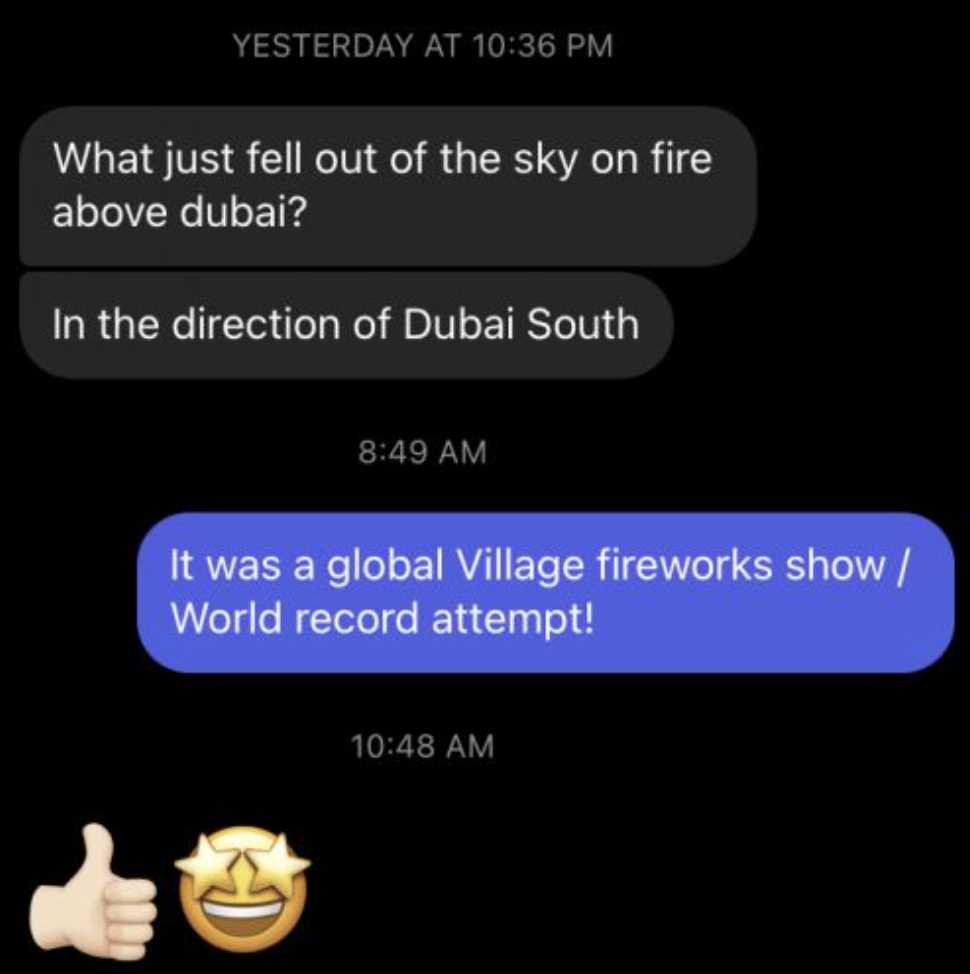 Ok that was skydiving 🪂 show over global village pic.twitter.com/71SBMkMH5H

The spectacular meteor-like display was in celebration of Village’s silver jubilee season finale!

Going out with a BANG, Global Village teamed up with Skydive Dubai to break a new Guinness World Record title, “highest altitude fireworks display”. This massive spectacle called on 20 skydivers to jump from an altitude of more than 4,570m, lighting the skies with 78 fireworks that represented all the 78 cultures that were present in the Village. WOWZA.

Successfully SMASHING yet another Guinness World Record, the village concluded its 25th season on Sunday, May 2.

Can’t wait to see what the venue has in store for the Expo year!!

The Lovin Daily: Skydivers With Fireworks Attached To Their Feet Were Spotted Over Dubai Last Night https://t.co/9ebEEZqZrn