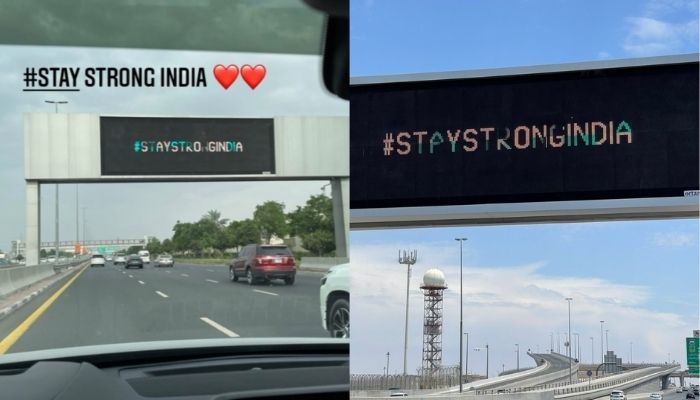 The UAE, its people, and rulers have been extending its solidarity to India as it currently battles the second wave of COVID-19.

It had recently been announced that flights between the UAE and India would be suspended to avoid the further spread of the virus, extending the suspension until May 14.

In just a few days, news of the rising cases and situation in India kept increasing

Just four days ago, the Burj Khalifa even lit up in India’s flag, with its official social media accounts sending ‘hope, prayers, and support to India and all its people during this challenging time.

It’s no doubt that 2020 to date continues to be a tough time for the world but human solidarity is what keeps everyone hopeful to keep fighting.

We’re with you, India

#Dubai shows support for #India as it struggles to fight the second wave of the deadly #COVID19 virus. The traffic billboards displayed a strong message-‘#STAY_STRONG_INDIA’. In fact, the Burj Khalifa was lit up with the Indian Flag color to show solidarity with the Indians. pic.twitter.com/Y9nmswx1U1

READ MORE: The Suspension Of Flights From India Has Been Extended Until May 14

The UAE suspended all flights from India on April 25 and stated they are likely to resume within 10 days. This was due to the second COVID-19 wave in India that drove new cases to reach over 300,000 in 24 hours.

The 10 days are not over but new information has come to light regarding the travel suspension.

Emirates Airlines have officially announced that the suspension has been extended

Emirates Airlines first made the announcement as a Twitter response to a query.

UAE nationals, diplomats from both countries, Golden Visa holders and businessmen’s planes are exempt from this decision but are required to quarantine for 10 days. A PCR test must also be taken on the fourth and eights day since landing in the UAE.

So far, only Emirates has made an official statement regarding the extension. Please note that it is possible for it to extend again. 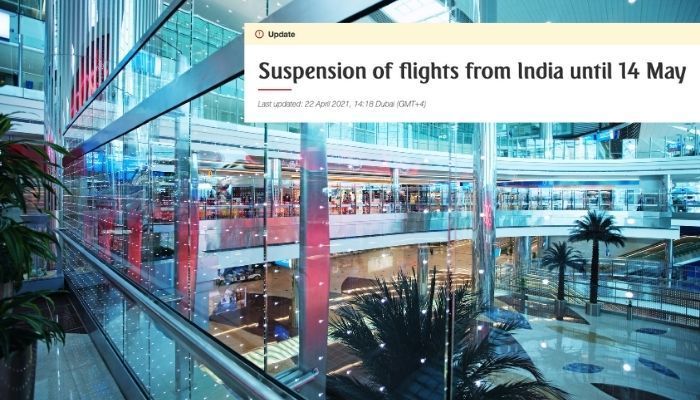 Or listen to our news in bite-sized format below!