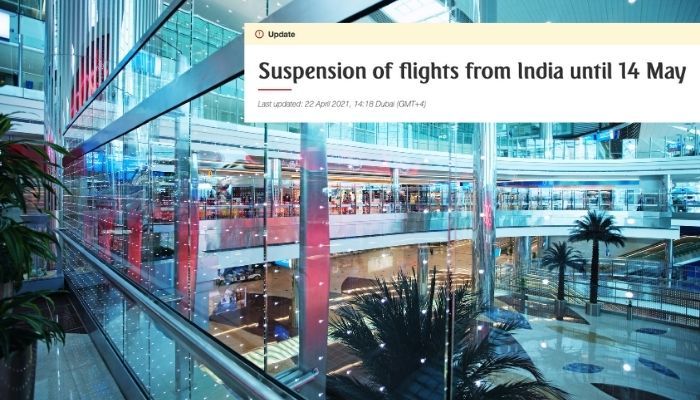 The UAE suspended all flights from India on April 25 and stated they are likely to resume within 10 days. This was due to the second COVID-19 wave in India that drove new cases to reach over 300,000 in 24 hours.

The 10 days are not over but new information has come to light regarding the travel suspension.

Hi, Yes. The suspension of flights from India is extended till the 14th of May 2021. DM us for more information. Thanks – Vian

Emirates Airlines have officially announced that the suspension has been extended

Emirates Airlines first made the announcement as a Twitter response to a query.

UAE nationals, diplomats from both countries, Golden Visa holders and businessmen’s planes are exempt from this decision but are required to quarantine for 10 days. A PCR test must also be taken on the fourth and eights day since landing in the UAE.

So far, only Emirates has made an official statement regarding the extension. Please note that it is possible for it to extend again.