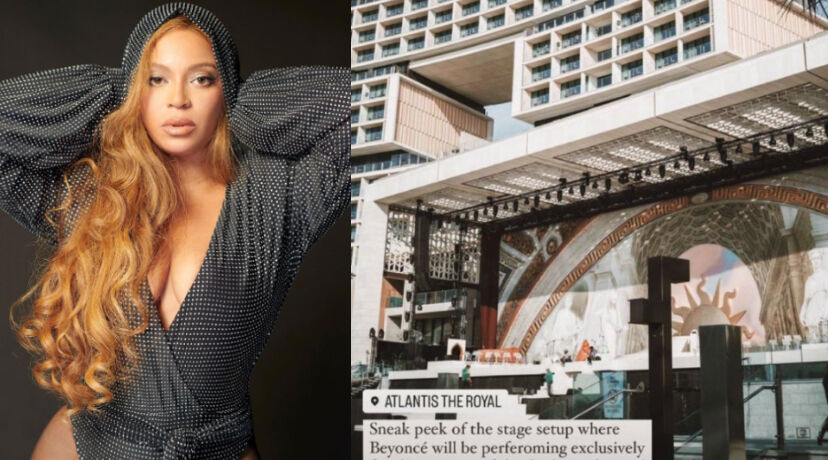 The weekend you’ve been waiting for yonks… or should we say ‘YONCE’, is here!

It’s finally the launch weekend of Atlantis the Royal, and the private VVIP grand opening will be attended by the likes of Beyoncé, Jay Z, Amir Khan, Swedish House Mafia and Michelle Keegan among other A-listers!

And the COUNTDOWN to catch the Diva, Beyoncé herself, LIVE is on! Putting an end to her 4-year-long hiatus, Queen B will put on a 60-min show for the invite-only mega-event on Saturday, January 21.

Here’s the full low-down on the EXCLUSIVE concert that the diva is reportedly charging a whopping AED88 million for:

THIS IS IT. EXPERIENCE THE UNVEILING OF A NEW ICON.

Beyoncé and IAM Entertainment invites you to a weekend where your dreams become your destination. You and a guest are invited for epicurean feasts, beachside indulgences and special reveal experiences, including first-class airfare, ground transportation and accommodations at Atlantis The Royal. 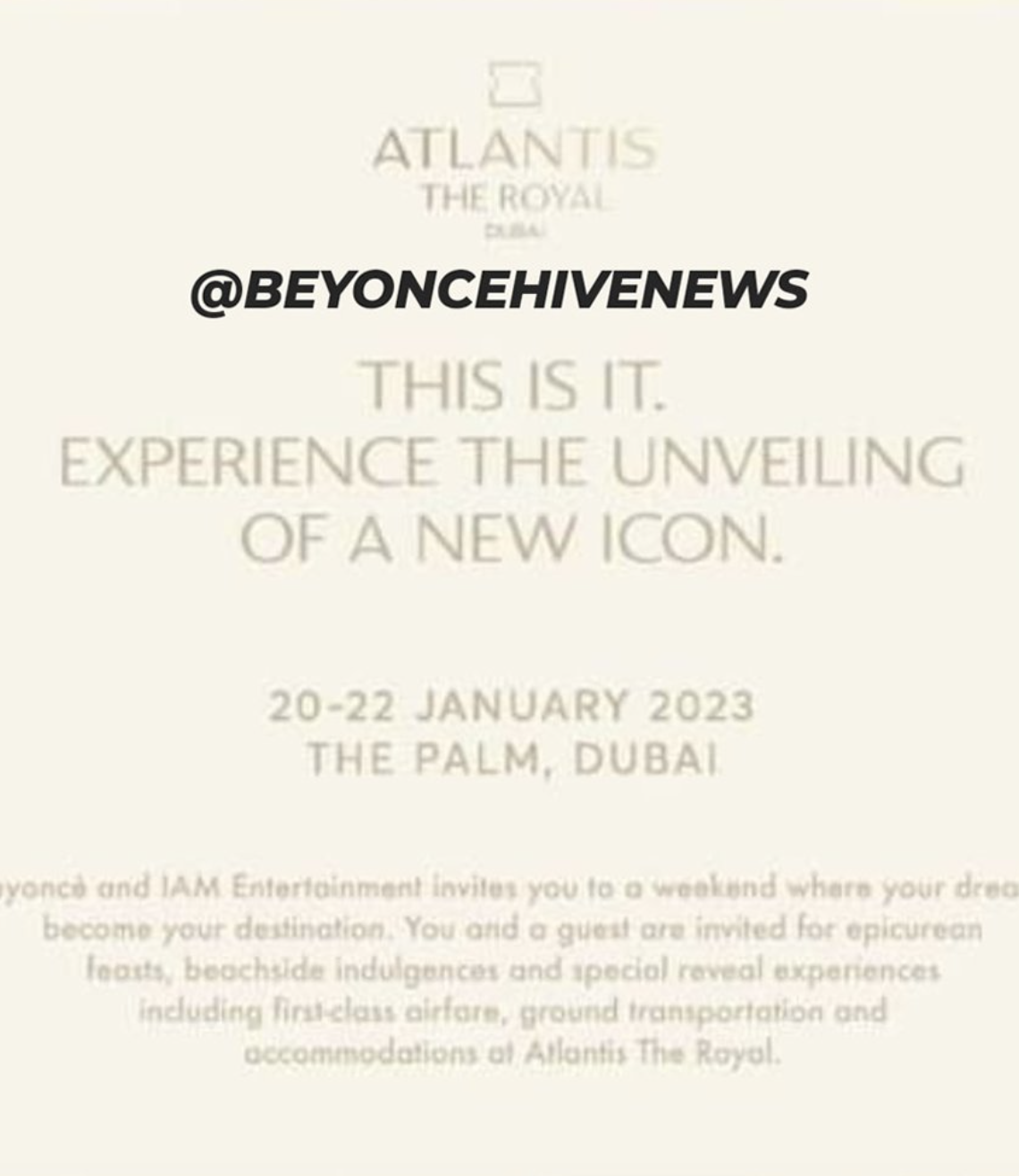 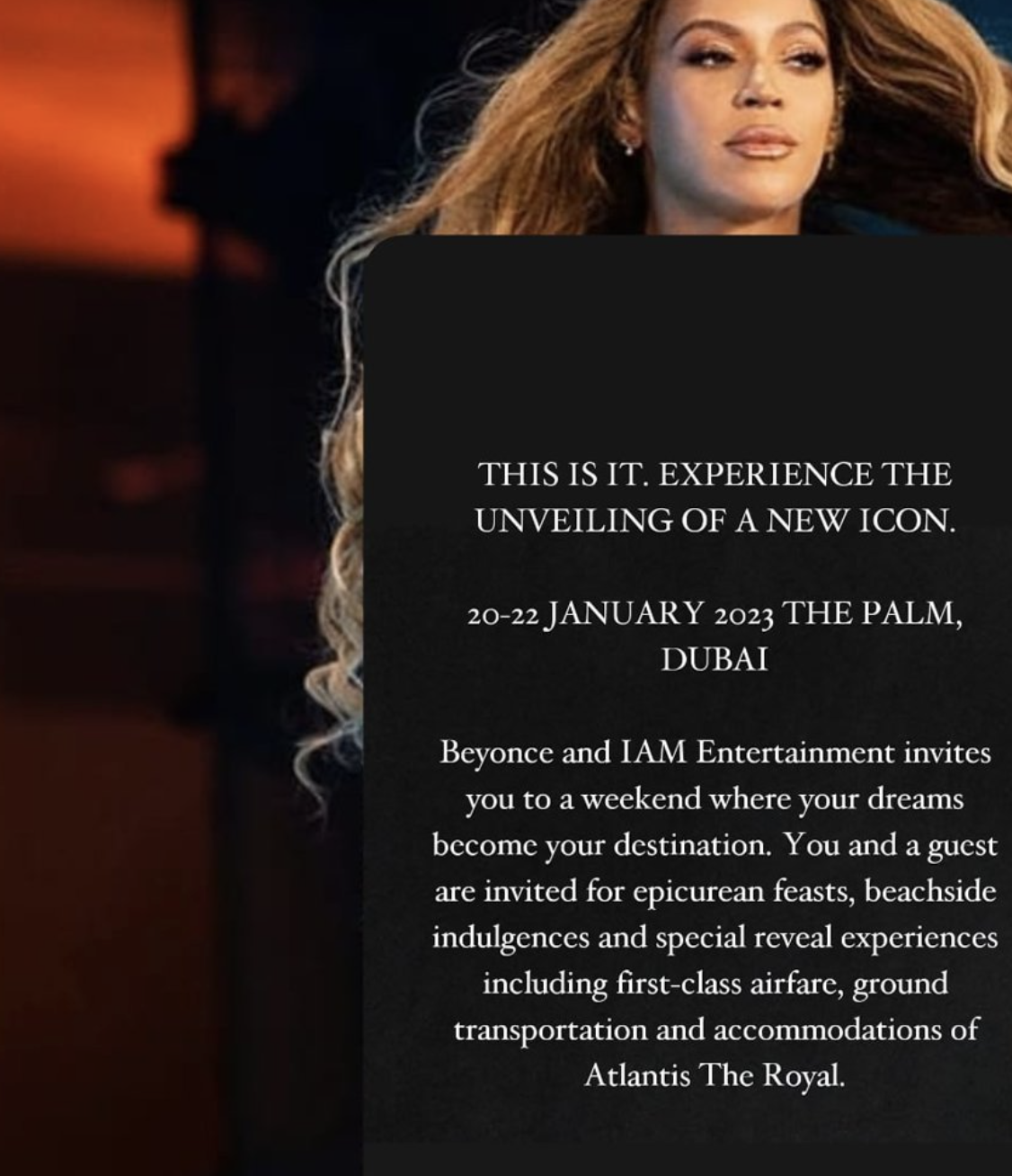 The backdrop for the stage that Beyoncé will be performing on in Dubai is the iconic ‘School of Athens’ painting by the Italian Renaissance artist Raphael.

Okay, about the “no phone zone” and “recordings of Beyonce’s concert are forbidden” rumours… apparently (and thankfully) they’re just hearsay

In a tweet, English singer and rapper Brenda Mensah AKA Bree Runway revealed that “invited guests are allowed to take content”.

Bree took to her Instagram stories to share footage of her arrival at Atlantis the Royal on early Friday morning.

British icon Bree Runway (@breerunway) reveals that she has been invited to Beyoncé’s performance this Saturday in Dubai. She also states that invitees are allowed to take footage during the gig. pic.twitter.com/KFy5rnm1Wh

Rehearsals for the highly anticipated concert have been ongoing all week long! With Palm Jumeirah residents sharing sneak peeks of the luxurious preps

If you know Dubai, then you know for a fact that spectacular fireworks will be in store for the opening weekend of the landmark hotel! Along with synchronized laser and light shows… and a fountain waltz to top it all off

Beyoncé’s staging and production for her Dubai concert looks INSANE! I can’t even imagine what’s in store for Renaissance World Tour!😭 pic.twitter.com/zGdGgTLWip

me flying myself to dubai to see beyoncé perform for the first time in years pic.twitter.com/KAp3eRxQde

Die-hard fans have been trying their level best to attempt scoring tix to the private invite-only event… no harm in trying… amirite?😅

At the front desk of the Dubai hotel asking where my ticket is for the Beyoncé concert pic.twitter.com/WfcGZvVSpq

Watch The Lovin Dubai Show: Dubai Is Crowned The Most Popular Destination In The World For 2023