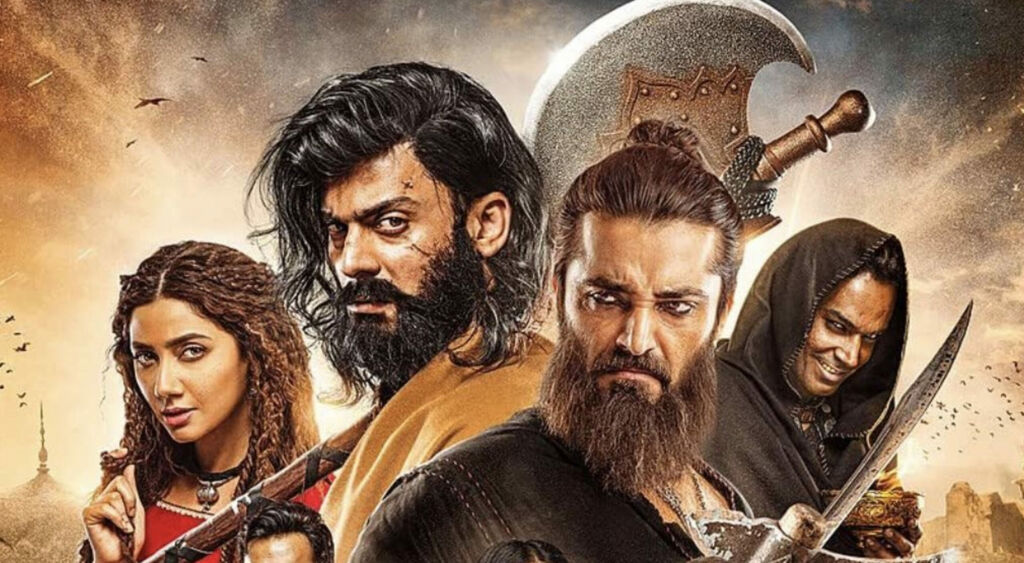 The Fawad Khan and Hamza Ali Abbasi starrer continues its well-deserved record-breaking run at the global box office. The movie has now become the highest-grossing Punjabi film in history. And guess what? It did it in only four weeks of its international release!

Imagine its achievements in the upcoming weeks!

Maula Jatt, gorgeously directed by Bilal Lashari and produced by the ever talented Ammara Hikmat, has blown away its Indian competition. The movie has surpassed lifetime earnings of other popular Punjabi releases such as Saunkan Saunkan, Chal Mera Putt 2, and Carry on Jatta 2. Maula Jatt has earned a record-breaking and jaw dropping worldwide revenue of over Rs1.72 billion.

This is not the only achievement bagged by the movie. It has broken countless records before surpassing its competitors. Maula Jatt has become the Most Watched South Asian film in Norway, second highest grossing film from the Subcontinent in UK for 2022, and the highest grossing Pakistani film ever.

The Legend of Maula Jatt is one of the biggest releases to ever have been made in Pakistan. The movie was released on more than 500 screens. And this included France, which is rare for Pakistani movies.

It was bound to be a success from the beginning!

The Legend of Maula Jatt is a Punjabi action blockbuster that stars one of the most amazing on-screen pairs, Fawad Khan and Mahira Khan. It also stars some eye-catching stars, Hamza Ali Abbasi, Mirza Gohar Rasheed, Faris Shafi, Resham, Babar Ali and Nayyer Ejaz. The movie is a hardcore reboot of the 1979 cult classic, Maula Jatt. If you have still not seen the movie yet, this is your cue!

Want to know more about Pakistan’s film industry and its makings? Click here to read about Joyland and its release date!