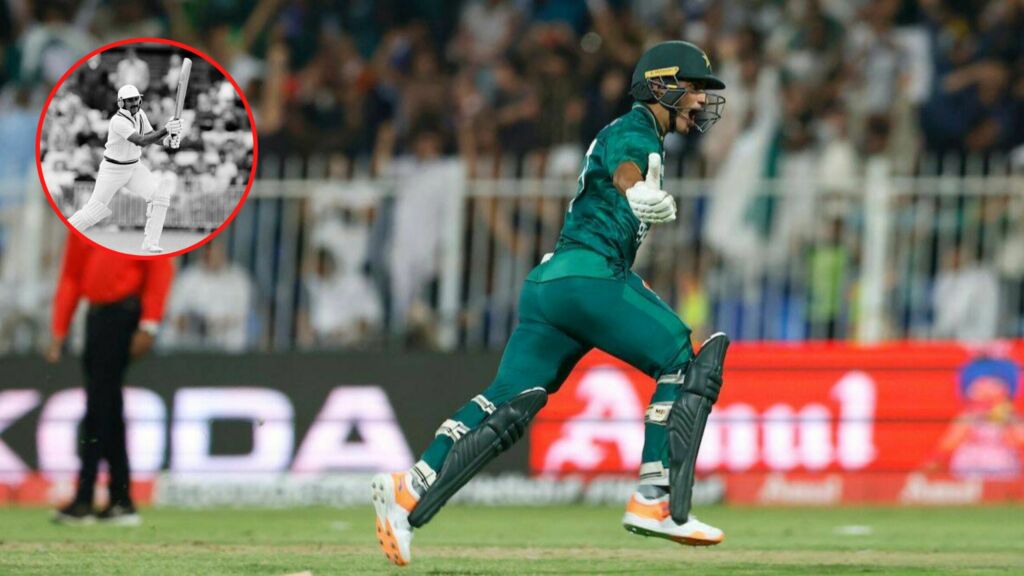 No one will forget yesterday’s Asia Cup match between Pakistan and Afghanistan. The moments of Naseem Shah, Shadab Khan and Asif Ali will always linger at the back of our head as the team moves ahead in Asia Cup.

Pakistan Vs Afghanistan match was anything but smooth. With number of plot twists and many nail-biting instances, this match surpasses PakIndia match to become the most memorable one to date. If we could start counting the iconic moments from the game we would be needing extra hands because 10 fingers are not enough.

If only our fingers had fingers.

Naseem Shah has become the talk of the Nation as he managed to help Pakistan qualify to the finals with his insane ending strikes. Like we said the match was not smooth and was insanely nerve-wrecking as Pakistan had only 6 balls left to score 11 whopping runs. Pakistan’s run rate in the match did not exceed 6.8 once, therefore, this 11 score in one over seemed almost impossible. After hitting few successful strikes, Asif Ali unfortunately had to bid farewell to the pitch as his wicket was toppled by Afghanistan’s Fareed Ahmed.

As Asif Ali was walking out people had almost lost all hope except for our players. They had a firm belief that they were going to walk out as winners. Naseem Shah, who was at one end of the pitch, asked Muhammad Hasnain, who was at the other end, to exchange the bats. After exchanging the bat, when we tell you that you could see the sparks of passion in Naseem’s eyes we are not kidding.

Get ready to read about the witnessed history!

As the ball approached Naseem with full spin, he did not think twice to swing his bat to his full capacity and scored a whopping, one of the most memorable, SIX. This six was the most needed six in the whole tournament. However, this wasn’t the end and most definitely not for Naseem. At this point 5 runs were needed off of 5 balls and everyone was biting their nails to the edge. Naseem again managed to swing his bat and hit another boundary of six past the fielder into the edge of the field. These absolutely INSANE consecutive sixes helped qualify Pakistan to the Asia Cup finals. And this is how Naseem Shah became the star player of the night.

After hitting the sixes the celebration of it was no less than the actual game. Naseem, as soon as finding out he hit another 6, ran across the field while throwing his bat, helmet and aggressively removing his gloves in celebration. The win pulled rest of the players to the field, like a magnet, to celebrate their victory and their star player. Hassan Ali, despite not being able to make it in the final lineup for Asia Cup, was the first one to get to the field and hug Naseem. The rest of the players soon came running to celebrate with Naseem. Check out the winning moment and celebration yourself.

Oh it’s been 2 minutes and u still haven’t re-watched this video yet? Here you go pic.twitter.com/KaVQcxm6k4

This is the type of bond Pakistan will not always remember but will cherish forever.

The consecutive sixes triggered the memory of Javed Miandad and how he scored consecutive sixes in the same Sharjah stadium back in 1986. People have been honoring Naseem and calling him Naseem Miandad. The game’s man of the match, Shadab Khan, took to twitter to mention the winning strike by Naseem and said that after Javed Miandad and Shahid Afridi, people are going to remember Naseem Shah the same way. Team’s skipper, Babar Azam, called Naseem the “nerves of steel” as he was able to hit massive runs under-pressure.

Javed bhai aur Shahid bhai ke chakkoon ke baad sab ko @iNaseemShah ke chakkay yaad rahein gai. Kabhi umeed na haaro. Despite the win, we realise we made some errors and will try to work on them. To the my team and our fans, love u. This MOTM award is for you. #PakistanZindabad pic.twitter.com/vBBg0stsyq

Proper nerves of steel moment by @iNaseemShah. One to remember.

Glad to be in the finals. Well done my boys especially @76Shadabkhan! 💚 pic.twitter.com/icc37jJkj8

Naseem you are THE player.

According to Naseem Shah, he had a firm belief that he would be able to strike the winning hit for his Nation and qualify the team for the finals. He further also mentioned how he has batted so well that people have almost forgotten that he is also a bowler.

🗣️ Belief in his batting ability and exchanging the bat with @MHasnainPak – @iNaseemShah reflects on his match-winning sixes ✨#AsiaCup2022 | #AFGvPAK pic.twitter.com/sxuxu1359u

When Babar said nerves of steel he was not kidding.

People are super happy and extremely overwhelmed with how the game turned out. With people almost losing their hopes in the last over, Naseem decided this is not how the game should be played. Therefore, he proceeded to turn it around and give the viewers a better plot twist than Game Of Thrones. People cannot wait to cheer Pakistan during the finals against Sri Lanka this Sunday. They also hope that team carries forward with the same spirit. And talking about spirit, we hope that Javed’s spirit never leaves Naseem during the final either.