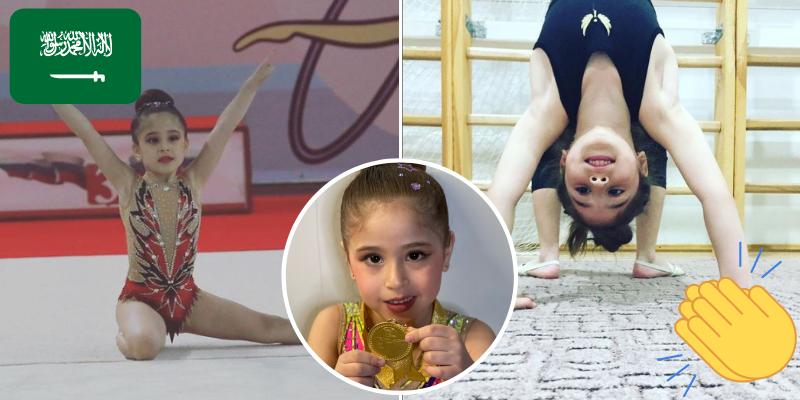 Talk about young talent! Saudi 6-year-old Elena Habhab just won a bunch of medals for rhythmic gymnastics at a competition in Russia

The youngster has a passion for gymnastics and has high hopes to make it to the Olympics. Although little in size, this superstar had secured not one, or two, but five whole medals for her gymnastic skills at a highly-skilled competition in Moscow, Russia.

Elena discovered this hidden talent on a visit to Russia, as she joined a sports club while visiting her grandma. According to Arab News, this gymnast trains around eight whole hours a day in Moscow, prepping herself for the big leagues. However, Elena’s talent doesn’t stop here. The youngster is also fluent in Engish, Arabic, Russian, and is now learning Chinese! This young girl is looking to become an absolute SENSATION with her various talents!