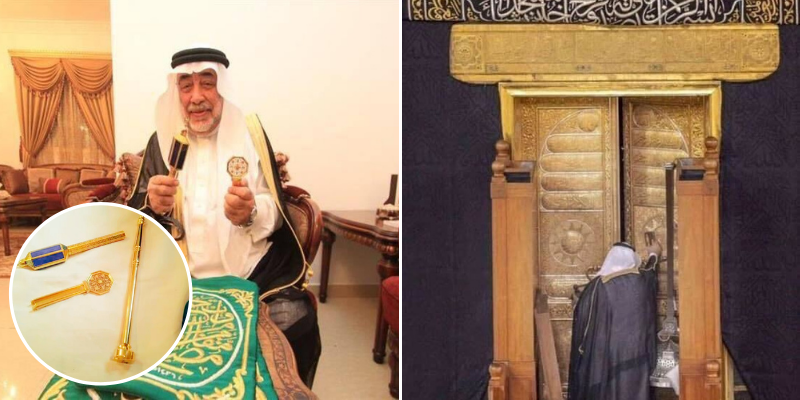 Ever wondered who holds the key to one of the most famous places in the world and the most visited place by muslims? Well, meet Sheikh Saleh Al Shaiba

Thread:The keepers of the Kaaba key.

For more than 16 centuries, before the introduction of Islam to the world, the grandsons of Qusai bin Kilab bin Murrah specialized in caring for the Kaaba, including keeping its keys.#OnePlace pic.twitter.com/SsQbDjASAN

Sheikh Saleh is a descendant of the Shaiba tribe, who are the designated key-holders for the Holy Kaaba. The Bani Shaiba or the sons of Shaiba are the tribe that hold the keys to the holy site. By this it doesn’t just mean holding the keys, it quite litereally translates to taking care of the Kaaba. This includes opening, cleaning and washing it, and re-placing the cloth. He is in charge of making sure the Kaaba is washed twice a year with ONLY rose water and Zamzam.

When Prophet ﷺ conquered Macca, Bani Sheba -The family that owned the key of Kaaba was afraid that the Prophet will take the key🗝from them since they were non Muslims but the Prophet said “you shall keep it to d Day of judgment”

Officials have stated that the shape of the key often changes, as a over 40 keys have been used over the years. While Saudi holds 2 replicas of the key, a museum in Turkey houses around 49 previously used keys.