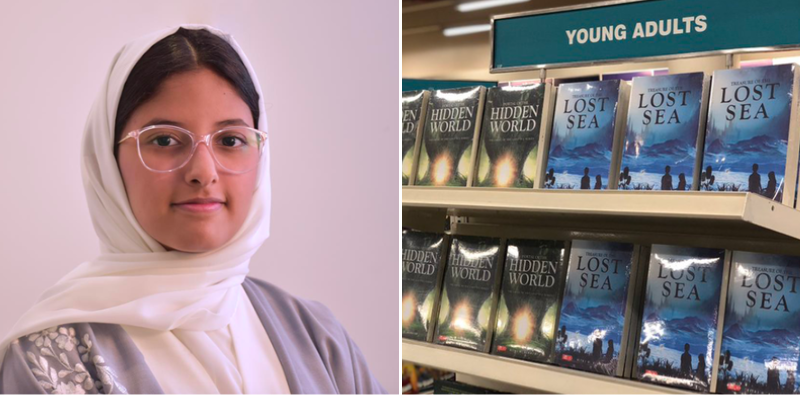 Ritaj Hussain Alhazmi has written a series of novels (Treasure of the Lost Sea, Portal of the Hidden World, and Beyond the Future World) that have made her the world’s youngest female to publish a book series.

She was only 12 years old at the time her record was verified by Guinness.

Learn more about Ritaj who began writing at the age of seven and has already released three books!https://t.co/L0skHlrph6

She started writing books when she was only six!

Her first novel Treasure of the Lost Sea, which was aimed at children was published back in 2019.

Ritaj has just completed her fourth book in the series, The Passage to the Unknown, which will be published soon.