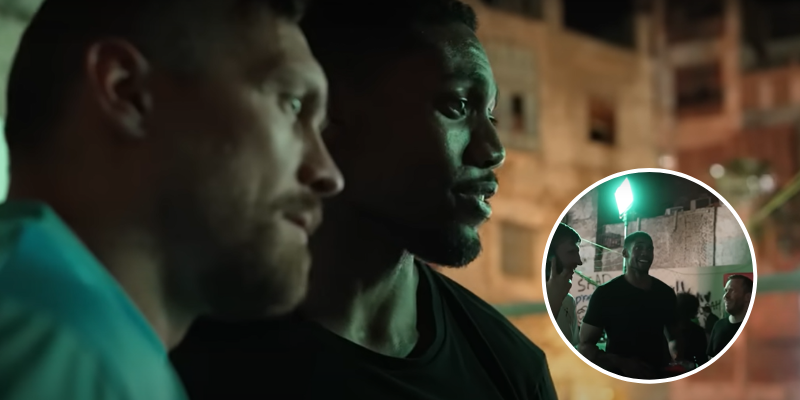 Anthony Joshua has a body double and he was flown into Jeddah last week as the Brit boxer was in town filming some promo material for his highly anticipated bout in August.

A YouTube Channel called Matchroom shared BTS clips from the duo’s promo video, press conferences, etc but the part that you can’t absolutely miss is when Joshua’s double heads toward Usyk.

The body double was apparently used to literally step in Joshua’s shoes for some of the promo shots that took place in the King Abdullah Sports City Stadium.

The fight is being seen by many as a rematch of last year’s fight which saw Usyk emerging on top and walking home with the WBA, IBF, WBO and IBO heavyweight titles.

The Jeddah fight titled Rage on the Red Sea will take place on the 20th of August in Jeddah – see you there.