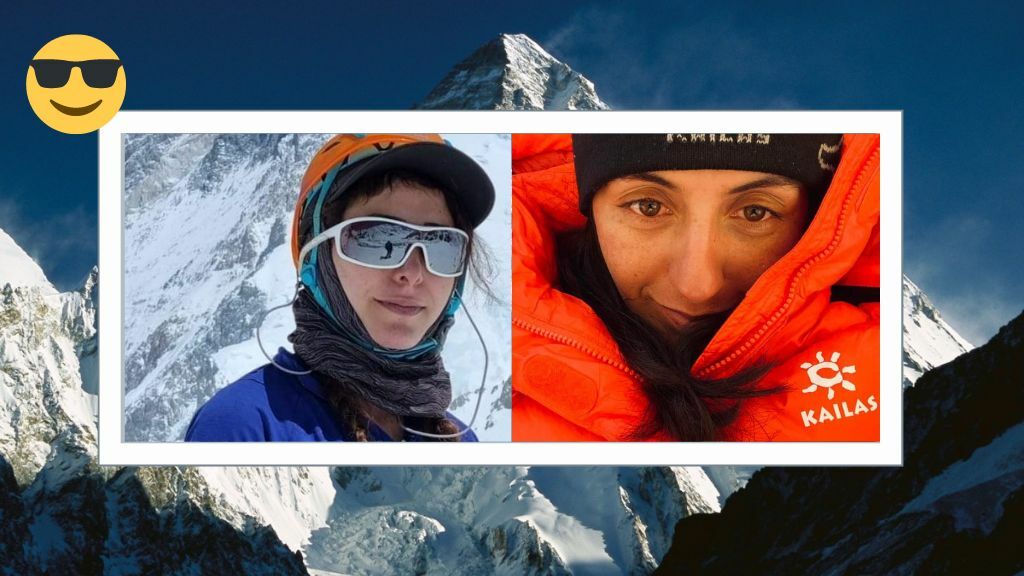 Naila Kiani & Samina Baig have become the FIRST EVER Pakistani women to summit the SECOND HIGHEST Peak of The WORLD!

That is absolutely CRAZY!!

Just Imagine. Climbing the second highest peak in the WORLD. It’s literally like being on TOP of the WORLD. You’d feel like you’re the KING.

No one can fathom what it would be like to be there. It’s a feeling indescribable by anyone and only those who have felt it, can feel it. It’s like love, you can’t explain it, but you can only feel it.

What an achievement to have in your life, to be able to climb and summit K2. It’s one of the scariest things one can do in their lives and people like Naila and Samina are an inspiration to every person in the world.

The list of mountaineers who summited the peak also includes Wajid Nagri, Steffi Troguet, Sirbaz Ali, and Kristin Harlia. It was nighttime when they started to push for the summit and reached the top around 8 in the morning.

Why did they climb the mountain at night?

You might be wondering WHY on Earth did these guys start to push for the summit at night? Isn’t it dangerous? Out there in the open sky under no lights and blistering winds, climbing without any full fledge visual is a very hard thing to do.

But since there is a lot of snow over the mountain, the climbers climb at night. During the day, the snow becomes very soft as the Sun comes up. At night time, the snow becomes hard and stiff. So it’s only at night that the mountaineer shoes can stick and give a better grip over the terrain which is already undulating, elevated, and impossible to climb.

As the people made the impossible possible, they were congratulated with rounds of applause from all around.

Congratulations Pakistan!!!! 🇵🇰♥️🇵🇰♥️#SaminaBaig has reached the summit of K2, Pakistan's highest peak a while ago at 7:42 am!!! 🏔️💪 This is for the first team that a #Pakistani woman has stood atop the world's second highest peak! ♥️🇵🇰

Naila Kiani has just reached the top of the world's second highest peak along with Sirbaz Khan and Sohail Sakhi!!! 🏔️💪

Back to back Pakistani female summits on K2 as this morning Samina Baig also stood atop Pakistan's highest peak at 7:42am.

Many congratulations and prayers! pic.twitter.com/h1mxofEYEb

Now as they make their way back to the basecamp, they need everyone’s prayers. Climbing isn’t the hardest part of the journey, the hardest part is the decline. Our beloved Ali Sadpara also lost his life to this mountain as he made his journey back from the summit.

Such missions can only be done by people who have nerves of steel and hear this, “Have the will to Climb the Top of the world”.

How BRAVE are these people!

Do you know about this cool stand-up comedy event being held in Lahore? Check it out over here