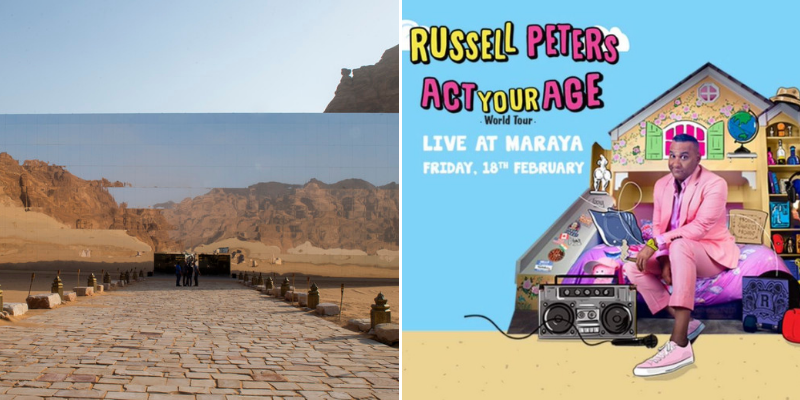 Saudi Arabia I’m back!
On Friday, Feb. 18 I’ll be performing for One Night Only at Maraya, AlUla as the first comic to play at this Award Winning venue during the AlUla Arts Festival!
Tickets go On-Sale today, Feb. 13 at 14:00 hrs KSA Time!https://t.co/4C4lzth82T@AlUlaMoments pic.twitter.com/K8wsVkJ3IP

Making a comeback after his visit in 2016, the comedian is making his first visit to the UNESCO World Heritage Site in Al Ula, Saudi Arabia.

Other famous faces that took center stage at Maraya include Alicia Keys, Andrea Bocelli, and is set to welcome Pop Singer Seal along with many more

The stand-up legend will give you the ultimate laughs on his take on his culture, contemporary society, and age. Peters was also recently named one of Rolling Stone’s ’50 Best Comics of All Time’, and hosted shows at famous venues, including Madison Square Garden, The Sydney Opera House and London’s O2 Arena, where he broke the attendance record for highest number of tickets sold for an individual comedy show.