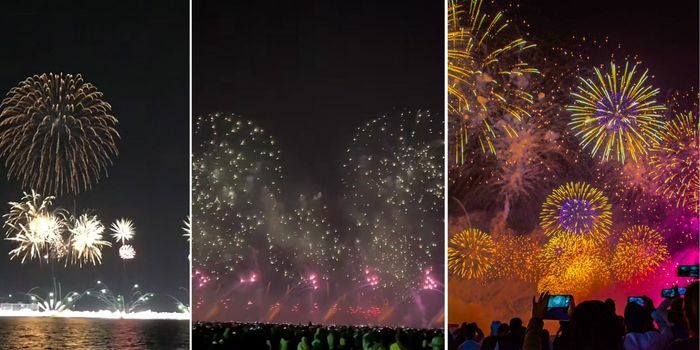 RAK is going for gold AGAIN! They’re planning to beat their own Guinness World Records for their firework show this 2023

In 2022 RAKTDA (RAK Tourism and Development Authority) was awarded 2 world records after it was said that 5,000 hours of work was put into the organisation:

2. ‘Most Remote Operated Drones Launching Fireworks Simultaneously’ when they lit up the sky with their amazing show and WOW’ed spectators

The 2022 spectacle had people lovin’ RAK

The fireworks in RAK were absolutely spectacular. What a show. 13 minutes. World Record I think. It was jaw dropping! Bravo. This tiny peek doesn’t do it justice at all! pic.twitter.com/v0js430dmG

Happy new year 2022.
Thank you @rakpoliceghq for your help at every step to take care of the visitor’s for the beautiful fireworks. #fireworks #2022NewYear #RAK_firework @marjanisland #NYE2022 pic.twitter.com/CyLk64ULDb

You can see even more love for the fireworks here

You can expect the display of fireworks to light up the sky for a whole 12 minutes and extend over 4.7 kilometers