The meme that keeps on giving.

Senator Bernie Sanders rocked up to the inauguration of the new President and Vice President of the United States dressed for the cold. Clad in a button-up jacket, together with some brown mittens, this was not his first rodeo, and if was gonna be sitting in the cold for hours, he would keep warm.

Never memeing to be a fashion statement, his outfit did not go unnoticed and one photo the American politician has become THE meme of 2021.

The talk of the telly; morning shows, evening shows, celebs and politicians are capitalising on the success and posting their own Bernie memes.

The humble senator even responded to the media attention, he wasn’t aware it became the meme of the day because in Vermont where he’s from, people are less concerned about fashion and more about the cold

In Vermont, we know something about the cold. And we’re not so concerned about good fashion. pic.twitter.com/zDtrToPbun

And a new meme was formed. From getting spotted in Dubai Marina, to checking out the Burj K, Bernie’s had a busy weekend

STOP EVERYTHING! Bernie is in Abu Dhabi and he’s taken down McGregor 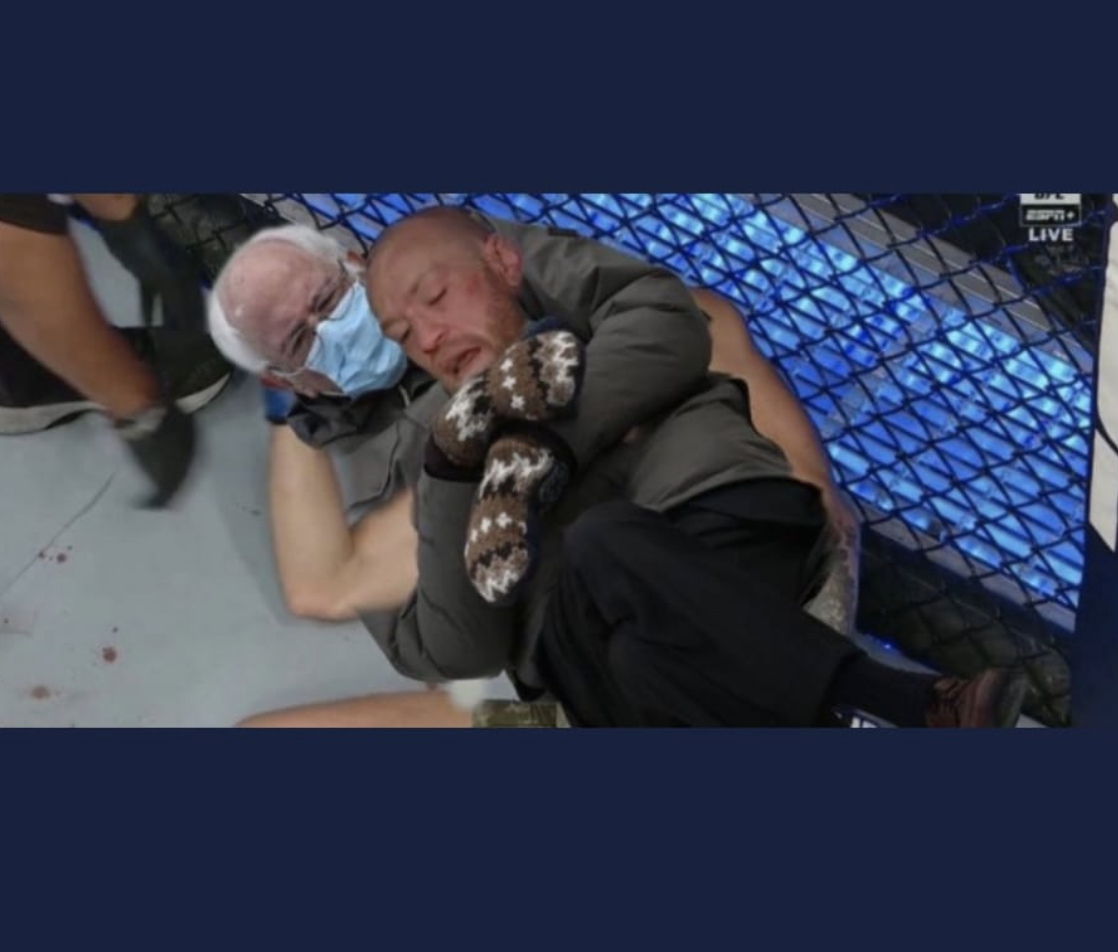 Cutes! Bernie, the third wheel, on a date with Kris and Brianna

Bernie casually chilling in Dubai Marina… as you do

@SenSanders thank you for passing by the Dubai Marina today! Wasn’t that cold though #BernieSandersMittens pic.twitter.com/DYSusVe4NB

Exactly how I feel when people visiting me in #Dubai insist on waiting to see the #DubaiFountain #BernieSanders pic.twitter.com/TjPttpQNVW

Following yesterday’s announcement to temporarily suspend all live entertainment in #Dubai hotels and restaurants, The @Boxtones patiently wait to get back to work…#BernieSanders #TheBoxtones #BernieSandersMittens #Memes pic.twitter.com/MIhaLeAPxj

The US Senator has also been spotted backstage with the Dubai band… who knew?!

The @Boxtones Singer Louise reminding guitarist Gary that someone is backstage with them before going on stage.

STEAL HIS STYLE: Be like Bernie in these cute faux-fur mittens, they’re only AED21!