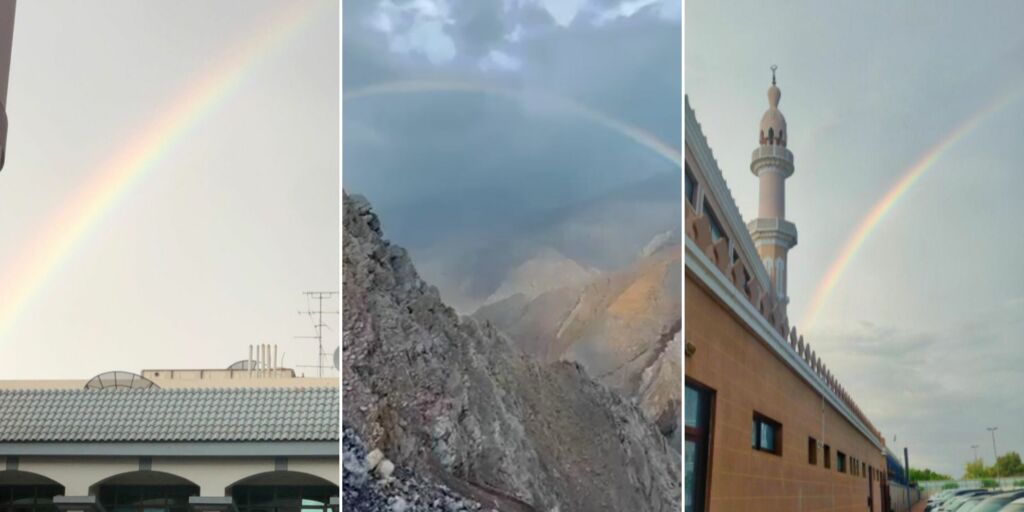 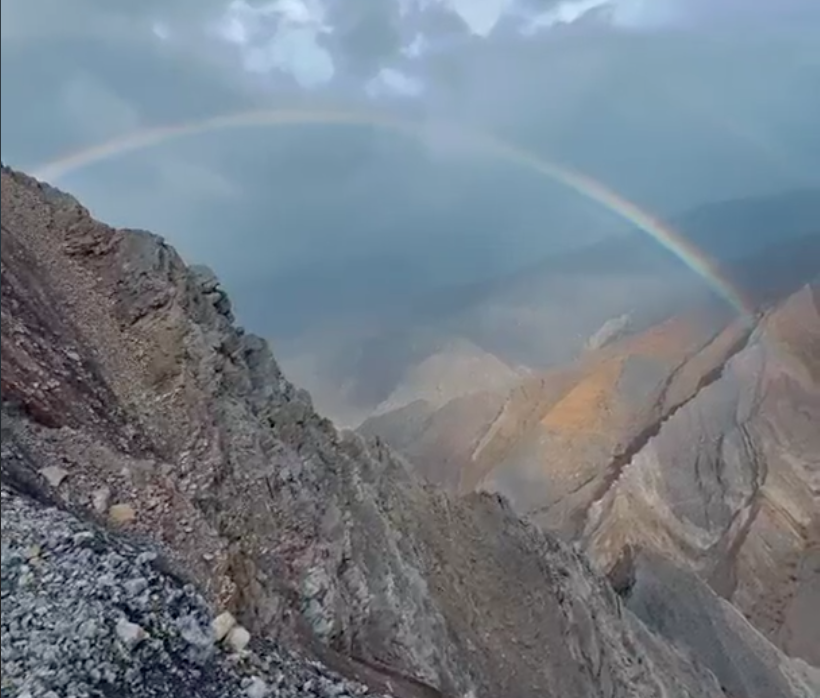 Safe to say it is GORG! 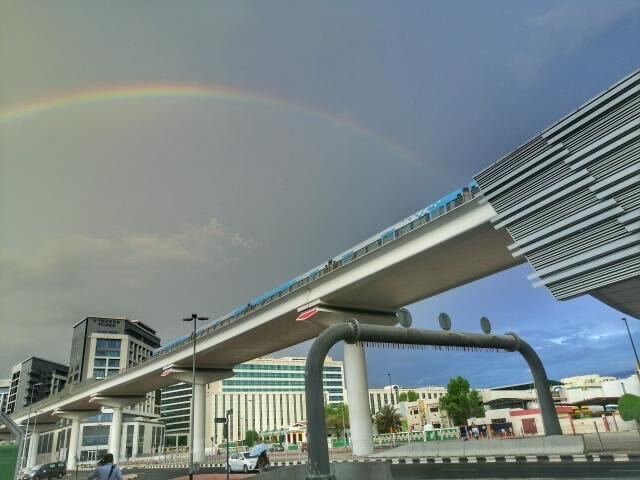 @pallyabika recorded this beautiful rainbow amidst the clouds in Sharjah 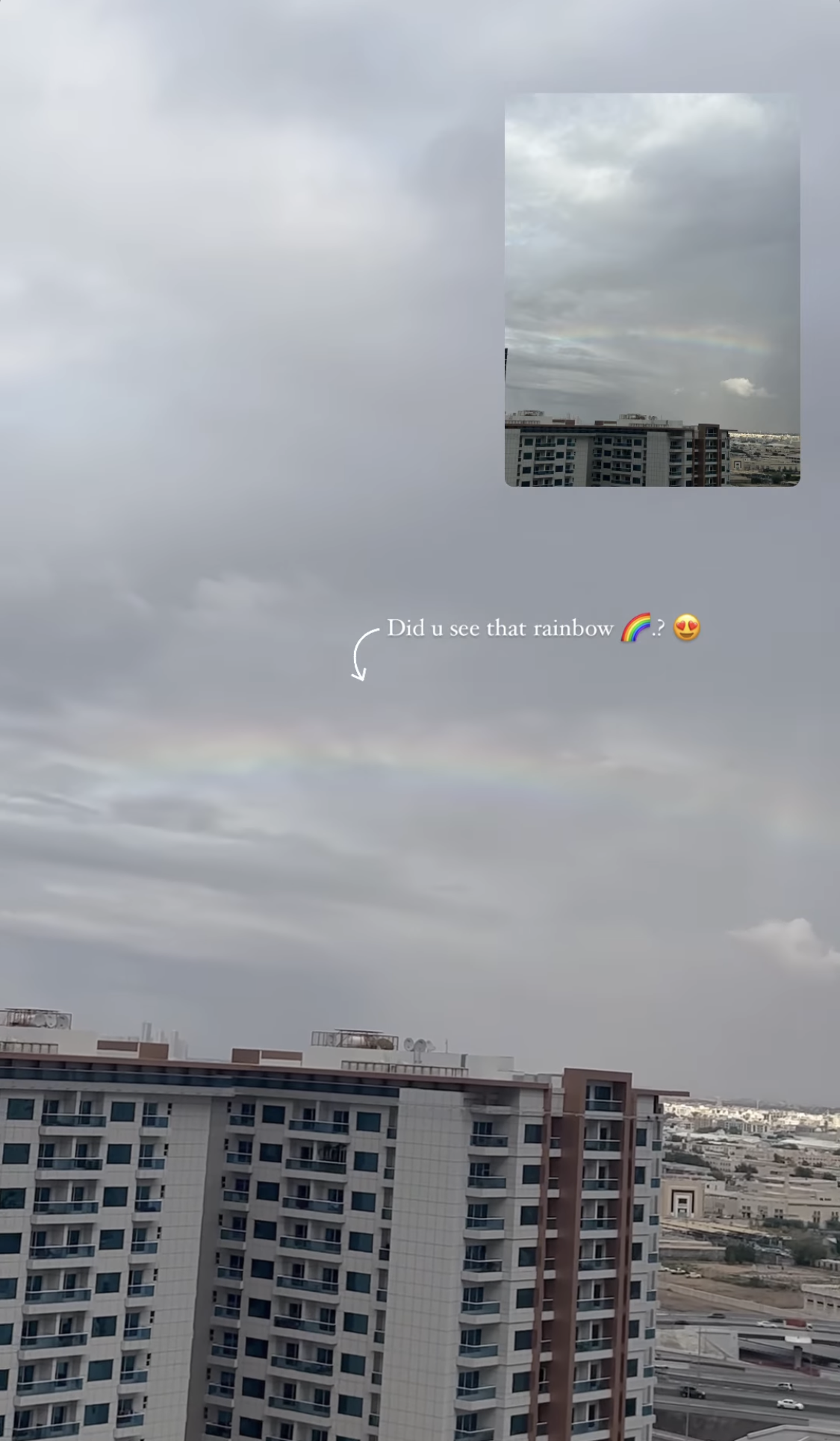