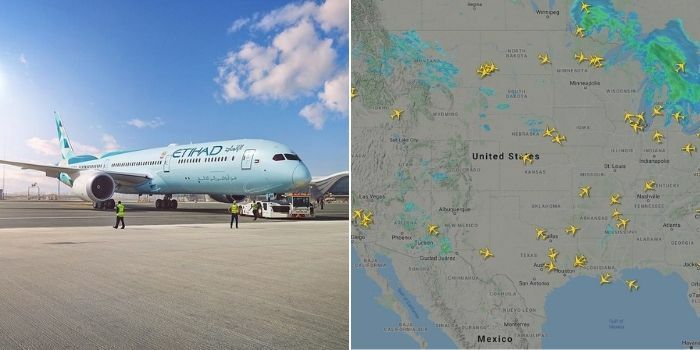 The Dubai airlines, Emirates Airlines, recently announced the suspension to 9 US cities due to the 5G roll-out.

With that being said, the Abu Dhabi-based Etihad Airways says passenger flights will not be affected by the suspension

Image on the right is used for illustrative purposes only, via Flightradar24.

So far today, Air India, ANA, Japan Airlines, and Emirates have cancelled some services to the United States due to concerns the deployment of 5G wireless networks could affect the radio altimeters in the aircraft used on these routes. pic.twitter.com/xkFtRauxCk

Those who have tickets to those cities are advised to contact the Emirates Call Centre or their travel agency to rebook their flight. It’s been said that thousands of flights can experience delays if the systems are introduced near major airports.

We are working closely with aircraft manufacturers and the relevant authorities to alleviate operational concerns, and we hope to resume our US services as soon as possible.