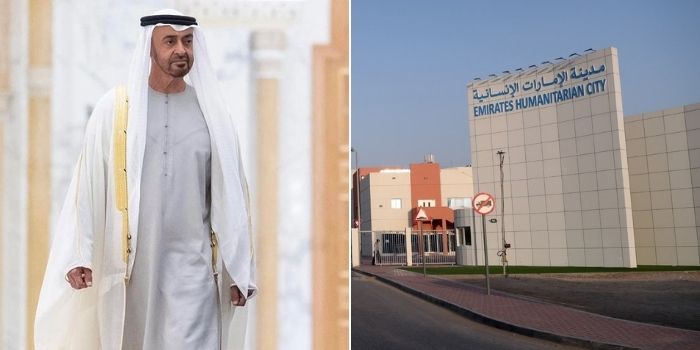 Can we all take a moment to appreciate the empathy of our leaders? HH Sheikh Mohamed bin Zayed Al Nahyan Crown Prince of Abu Dhabi and Deputy Supreme Commander of the UAE Armed Forces is an exceptional example.

A 3-year-old Afghani boy was living in a temporary home in Abu Dhabi’s Emirates Humanitarian City as he was diagnosed with cancer. HH Sheikh Mohamed decided to help the boy as well as his family.

A team led by Sheikh Theyab bin Mohamed bin Zayed Al Nahyan, Chairman of Abu Dhabi Crown Prince’s Court, visited the child to get a better understanding of his medical condition and note what he’ll need to make it past the illness.

His Highness directed the transfer of Muhammed Aamir Dawood from his temporary home in Abu Dhabi’s Emirates Humanitarian City to get the care he needs in the United States.

Sheikh Theyab, who met with the family, also met with a number of Afghan families who are temporarily hosted by the Emirates Humanitarian City and talked to them about their stay in the city and the services provided to them.

Hoping for a speedy recovery for Muhammed Aamir Dawood!

Listen To The Lovin Dubai Show: Unvaccinated UAE Citizens Will Not Be Allowed To Travel Abroad