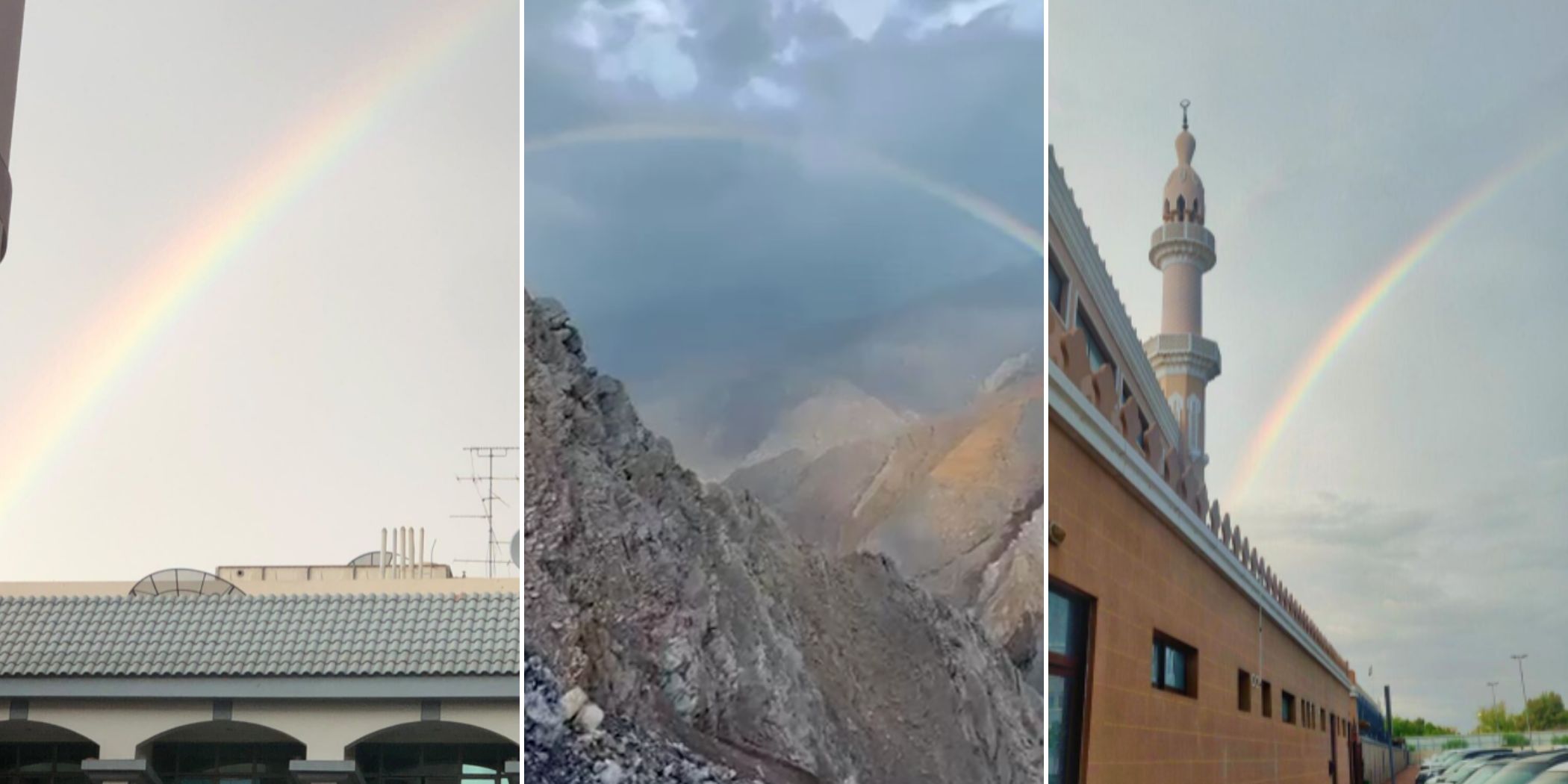 There are always rainbows after a storm! UAE residents have spotted these beautiful rays of light all over the UAE skies. From Ras Al Khaimah to Dubai, residents spotted these colourful arches of light.

Safe to say it is GORG!

@pallyabika recorded this beautiful rainbow amidst the clouds in Sharjah