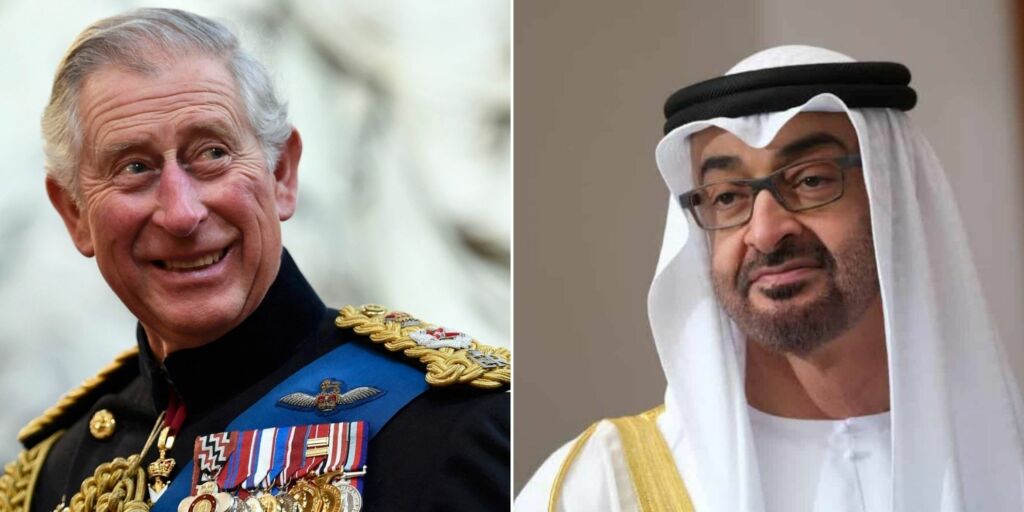 On September 17, The UAE President congratulated King Charles III on his ascension to the thrown on a phone call.

His Highness Sheikh Mohamed bin Zayed called King Charles III of the United Kingdom on September 17. On the phone, His Highness congratulated him on his ascension to the throne. Additionally, the UAE President wished him success in performing his duties as King following in the footsteps of the late Queen Elizabeth II.

Moreover, Sheikh Mohamed bin Zayed expressed his sincere wishes to King Charles III. As he wished continued wellness and happiness for the King. As well as the further development and prosperity for the UK and its people.