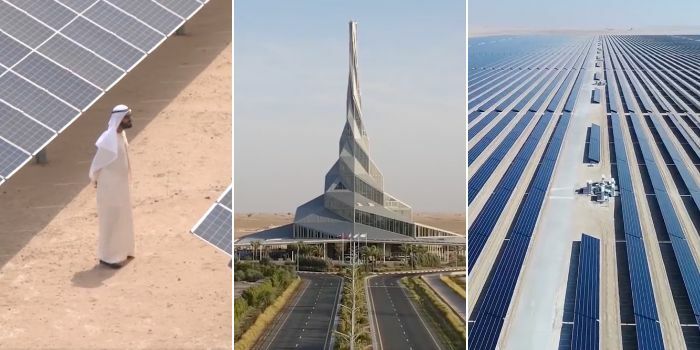 Every aspect of Dubai is absolutely ideal for a motivational story- even the electricity!

The Dubai Media Office just put out a tweet regarding the story of electricity, and it really, truly shows us how far we’ve come.

It all began with a humble power generator in 1952

Just 70 years ago, the Emirate installed their first power generator. Within seven years, in 1959, the Dubai Electricity Company was established under the guidance of one of our founding fathers, the late Sheikh Rashid Bin Saeed Al Maktoum.

2050 Goals: 100% of total energy in Dubai will come from clean sources

That’s right! the DEWA is now on the path to securing 100% of the total energy needed from clean sources.

Just a week ago, DEWA made an announcement regarding plans to invest Dhs40 billion on capital expenditure in the next five years including the expansion of renewable and clean energy projects.

Glad to see it happen, We’re feeling sparks of wonder and excitement!